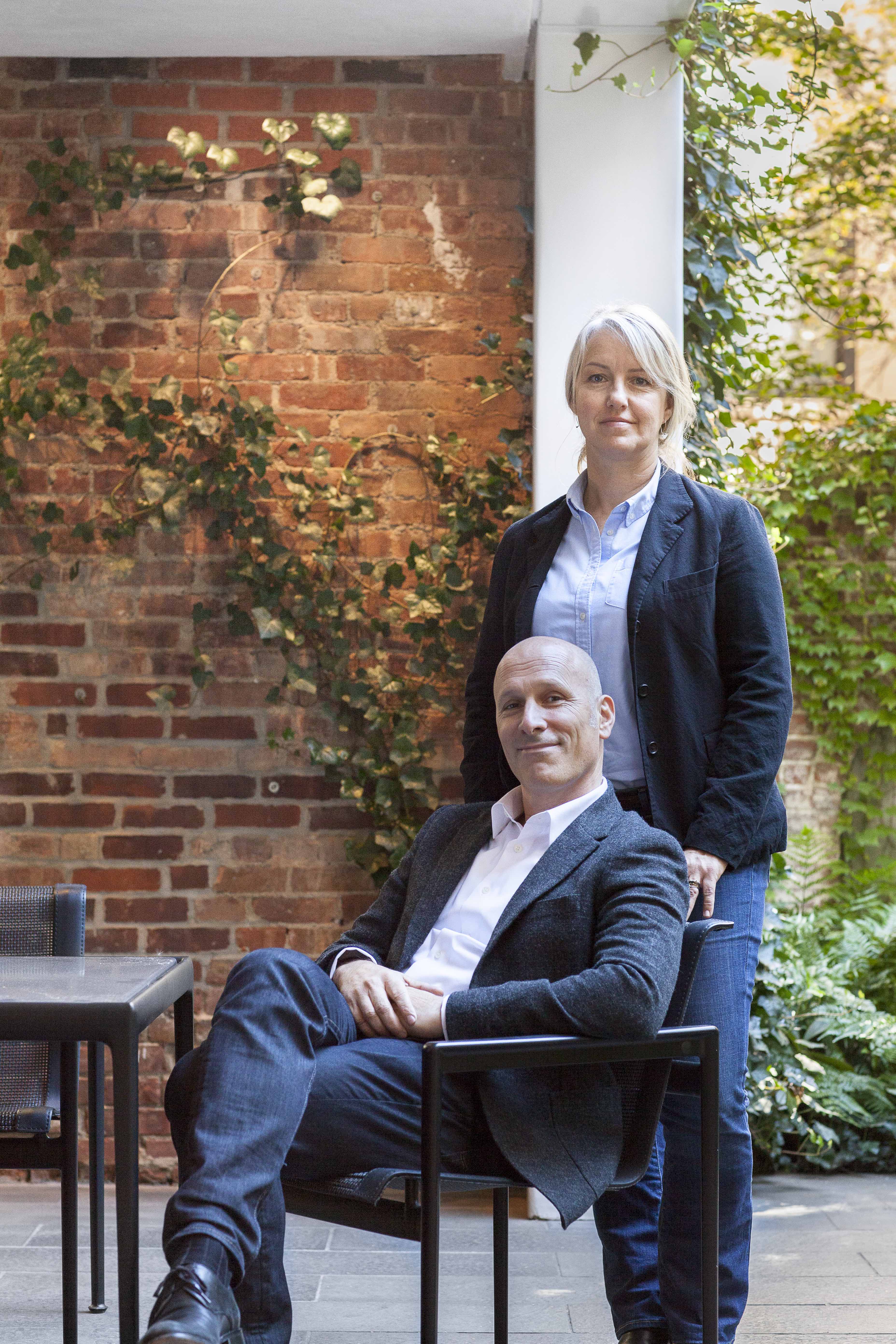 Christoff:Finio Architecture (C:FA) is a New York-based architecture and design studio committed to making buildings and environments that bring meaning to place. We make physical and cultural connections in our work as a way to help shape the public and personal space of memory. We take great joy in exploring a contemporary language of architecture rooted in material expression and intellectual rigor. This approach is realized through collaboration with a broad group of forward thinking clients and consultants.

Led by partners Taryn Christoff and Martin Finio, the projects of the eight-person studio are unified by their response to context, culture, and performance goals. Through an energetic and interactive process from conception to completion, C:FA approaches each project with a sense of invention and innovation. Designs are calibrated to perform optimally at all scales, from new buildings, to furniture, to collaborations with artists.

The studio, founded in 1999, was recently identified as “one of the twelve most creative young architecture firms in New York” in the book New York Dozen by Michael Crosbie; named one of North America’s “Emerging Voices” by the Architectural League of New York; and named a member of the “Design Vanguard” by Architectural Record magazine. The work of the studio has received numerous design awards, including a National AIA Honor Award and two American Architecture Awards, and the 2014 Arts and Letters Award given by the American Academy of Arts and Letters

For more than a decade, the exploration and analysis of the principles of C:FA have been fostered through Martin Finio’s teaching at Yale University Graduate School of Architecture. There, in his design studio and in the course he created entitled “Systems Integration” Finio has brought together some of the finest specialists in their respective professional fields, from structural and sustainability experts, to façade and lighting designers. The office continues to benefit from these established and evolving relationships.

C:FA’s work has been exhibited internationally, including at the American Academy of Arts and Letters in New York, the 2012 Architecture Biennale in Venice, Italy; “The City and The World” at The European Center for Architecture Art Design and Urban Studies and The Chicago Athenaeum in Madrid, Spain; 414 Gallery in New York City;  “Insight USA – Shaping the Future” at the Aedes Gallery in Berlin, Germany;  “Young Americans.  New Architecture in the USA” at the Deutches Architekturmuseum in Frankfurt am Main, Germany; “Liquid Stone: New Architecture in Concrete” at the National Building Museum in Washington, D.C.; and “City Lights Design Competition Exhibition” at the Museum of the City of New York in New York City.

Taryn Christoff received her undergraduate degree from the Illinois Institute of Technology in 1984, where she drew her strength and inspiration from the design legacy of Mies van der Rohe. Working with her husband Martin Finio since 1999, Christoff has led design and consultant teams to construct corporate and commercial interiors, institutional projects and new residential projects. Her experience includes retail design for Steven Alan and Calypso, headquarter design for the Heckscher Foundation and Todd Hase, and several residences located in urban and natural environments.  She has been a registered New York Architect since 1992.

Martin Finio is a graduate of the Irwin S. Chanin School of Architecture at the Cooper Union. A registered New York Architect since 1993, Finio spent nearly a decade at the office of Tod Williams and Billie Tsien. Since 1999, he has been partnered with his wife Taryn Christoff and a member of the faculty at the Yale School of Architecture. In 2016 he was elevated to the College of Fellows of the American Institute of Architects.”