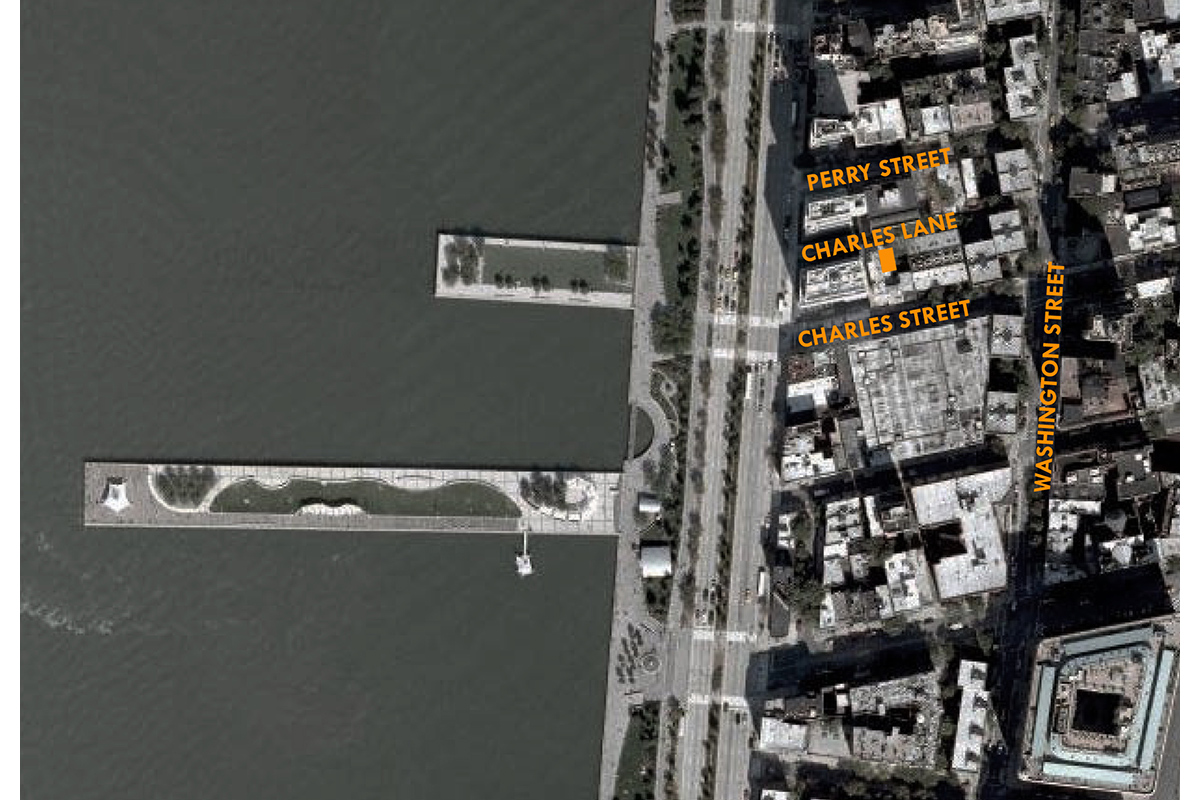 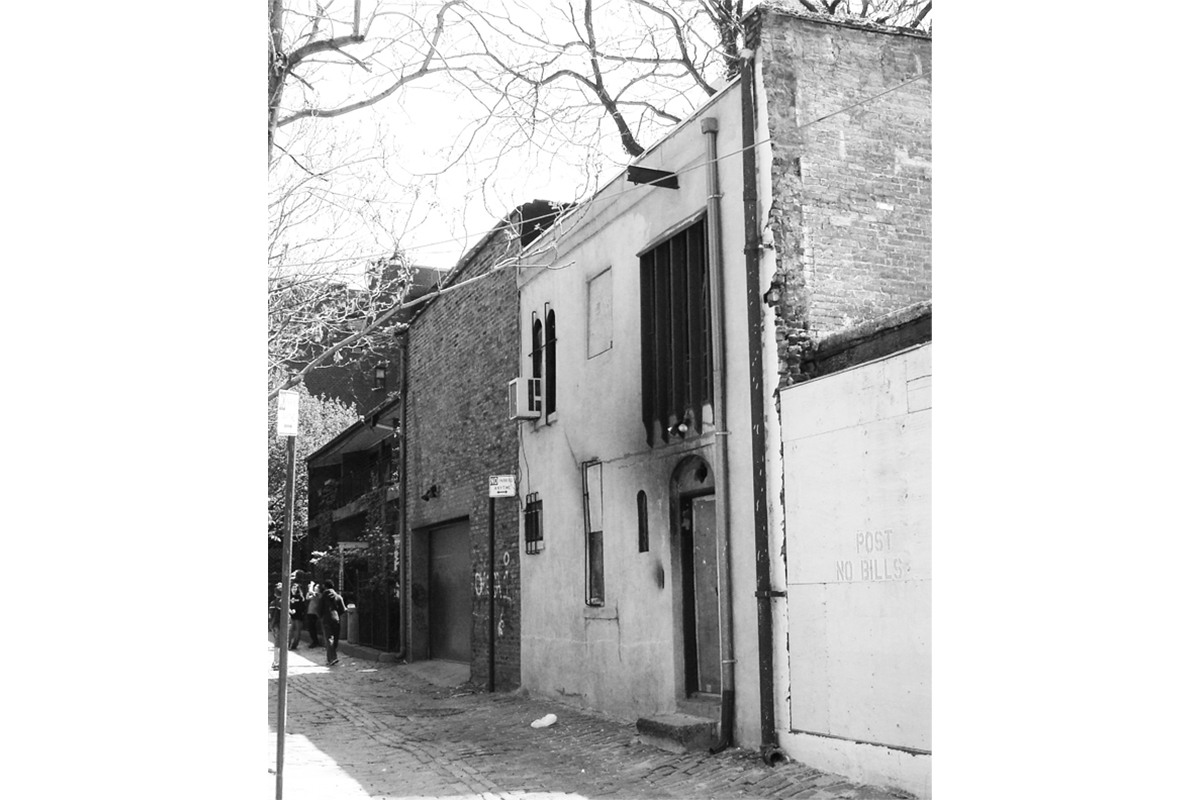 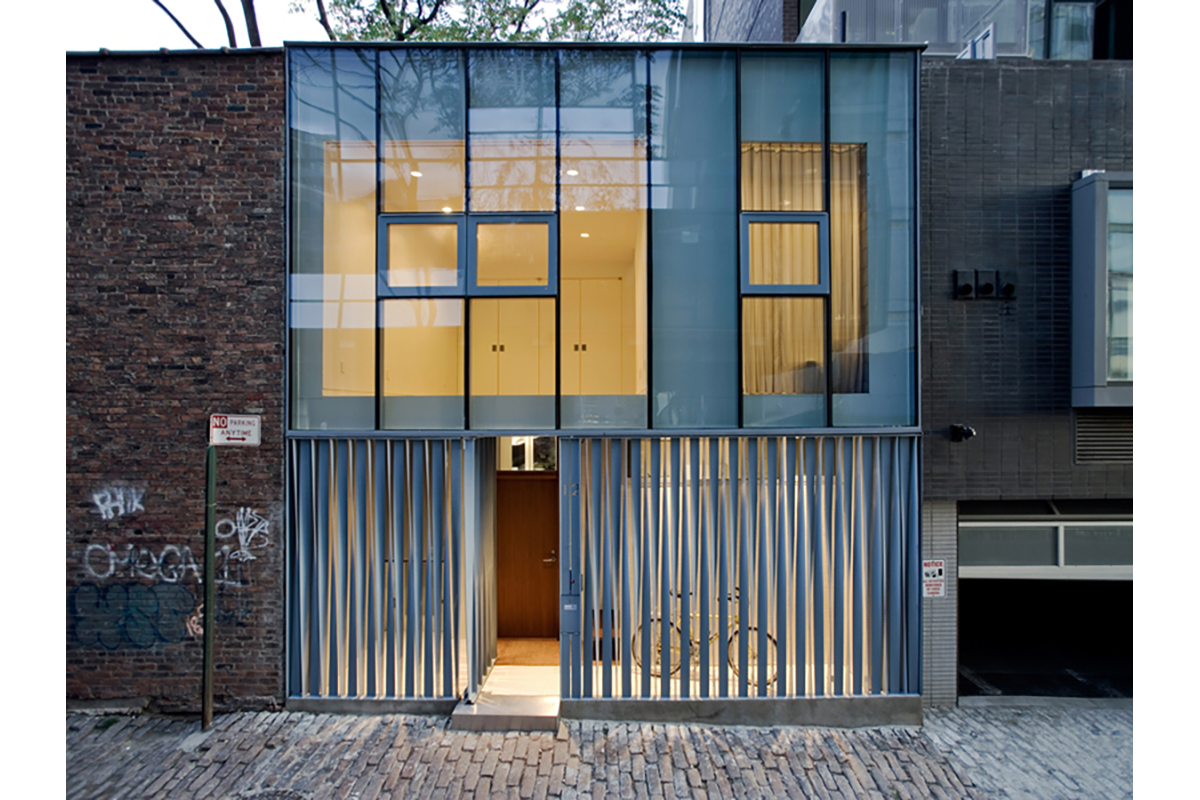 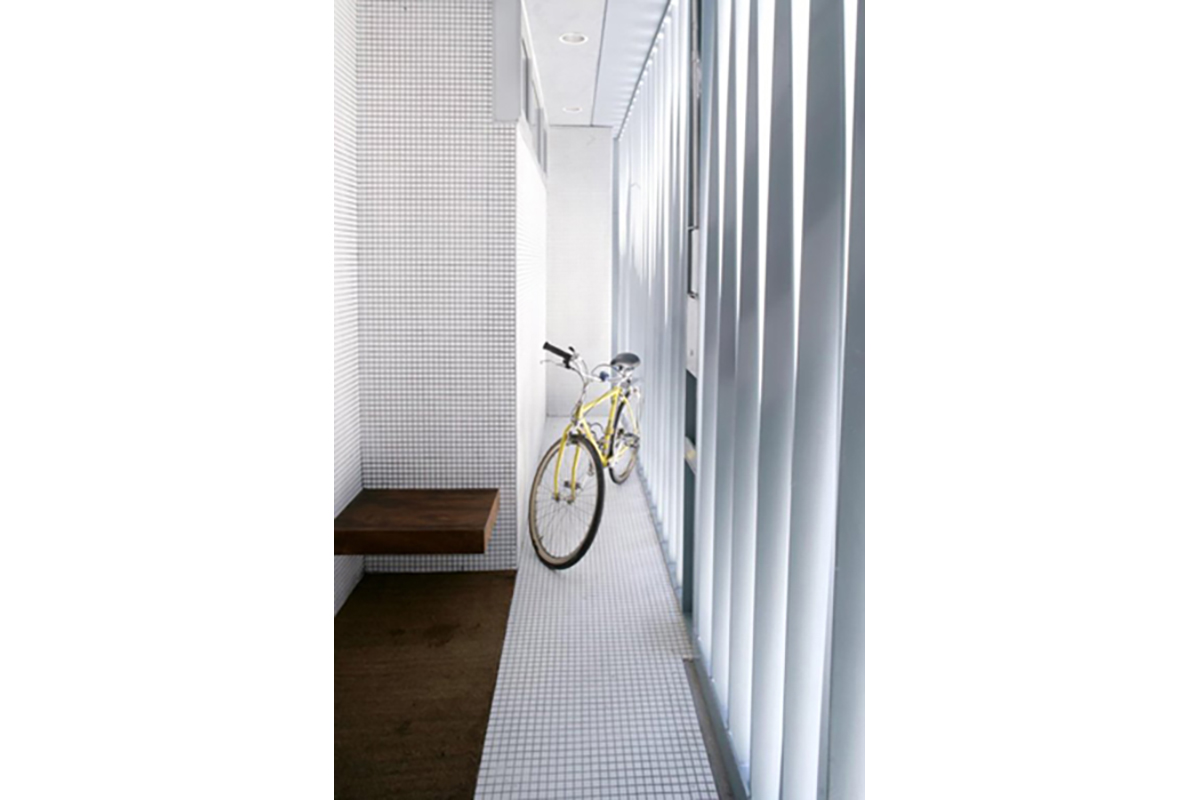 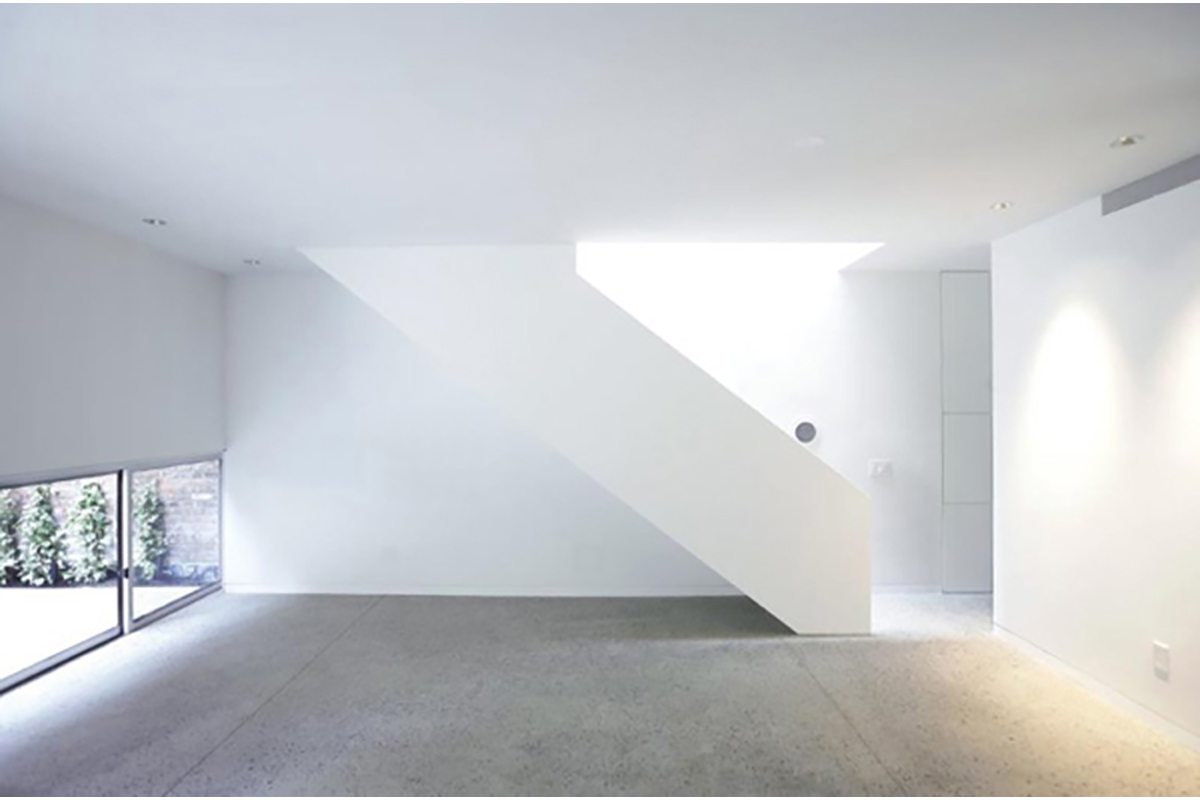 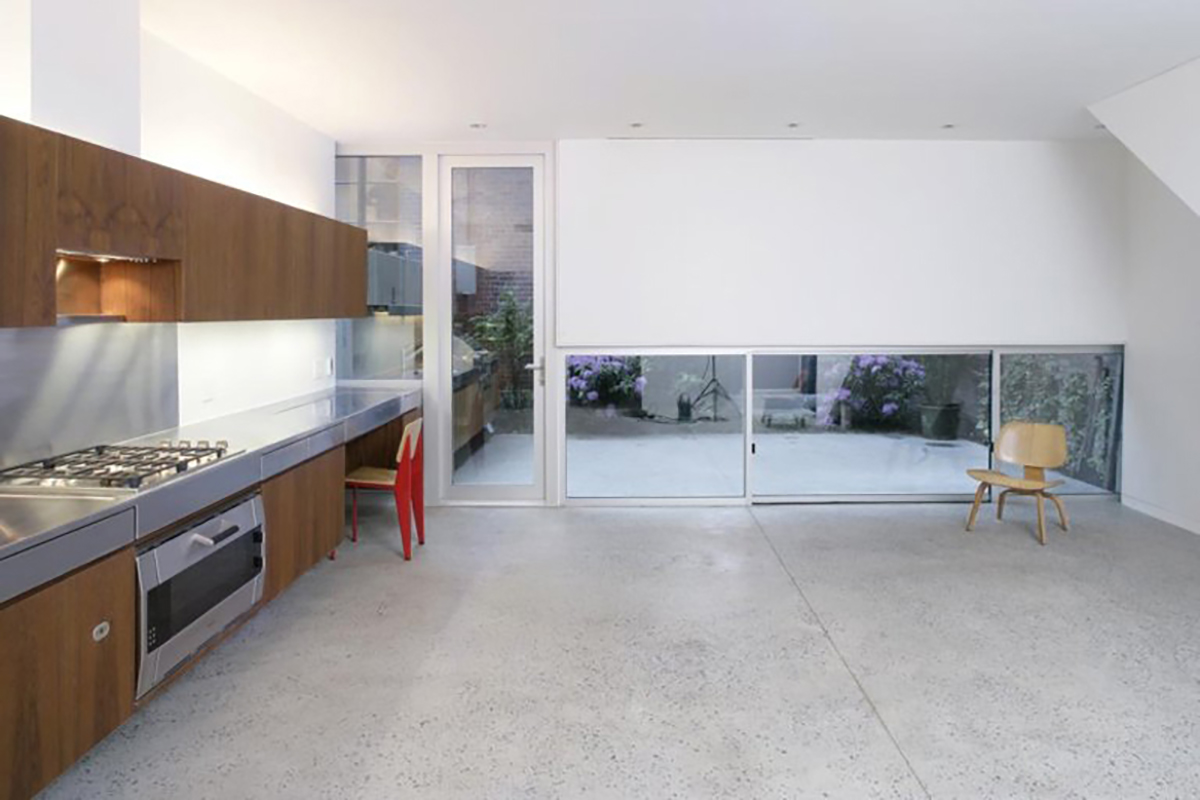 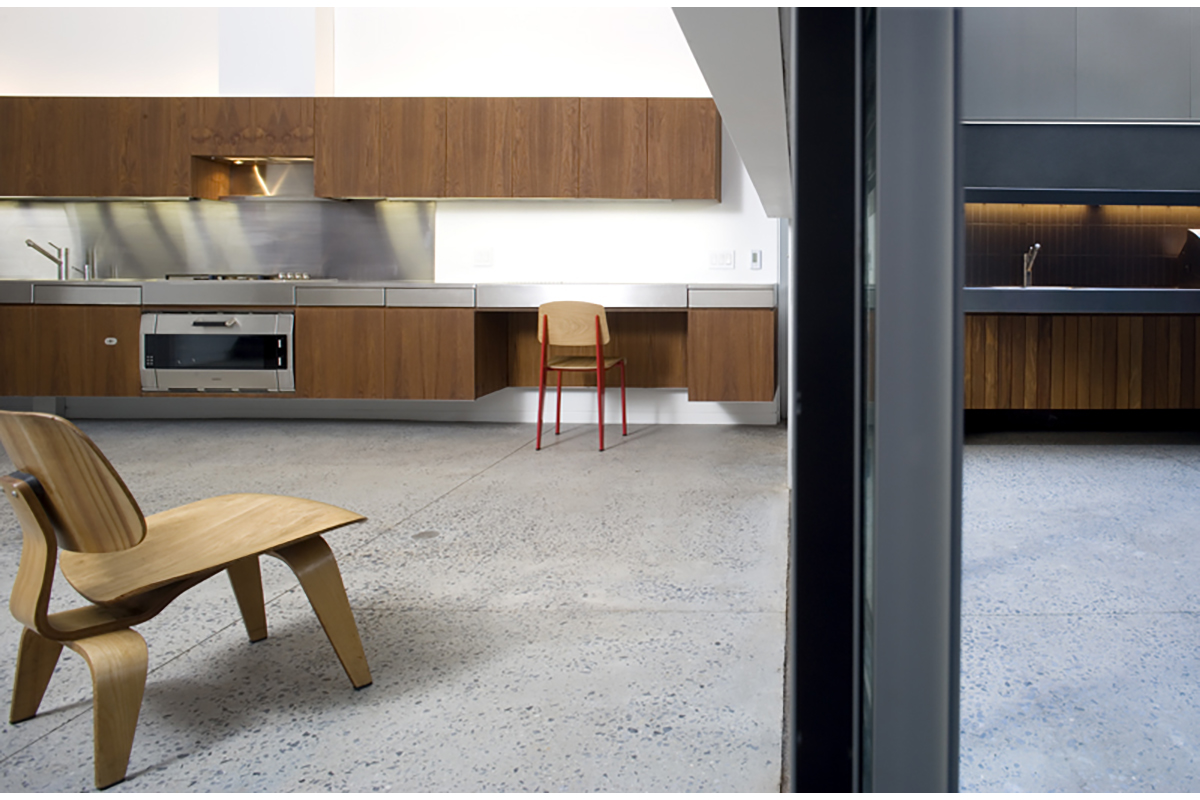 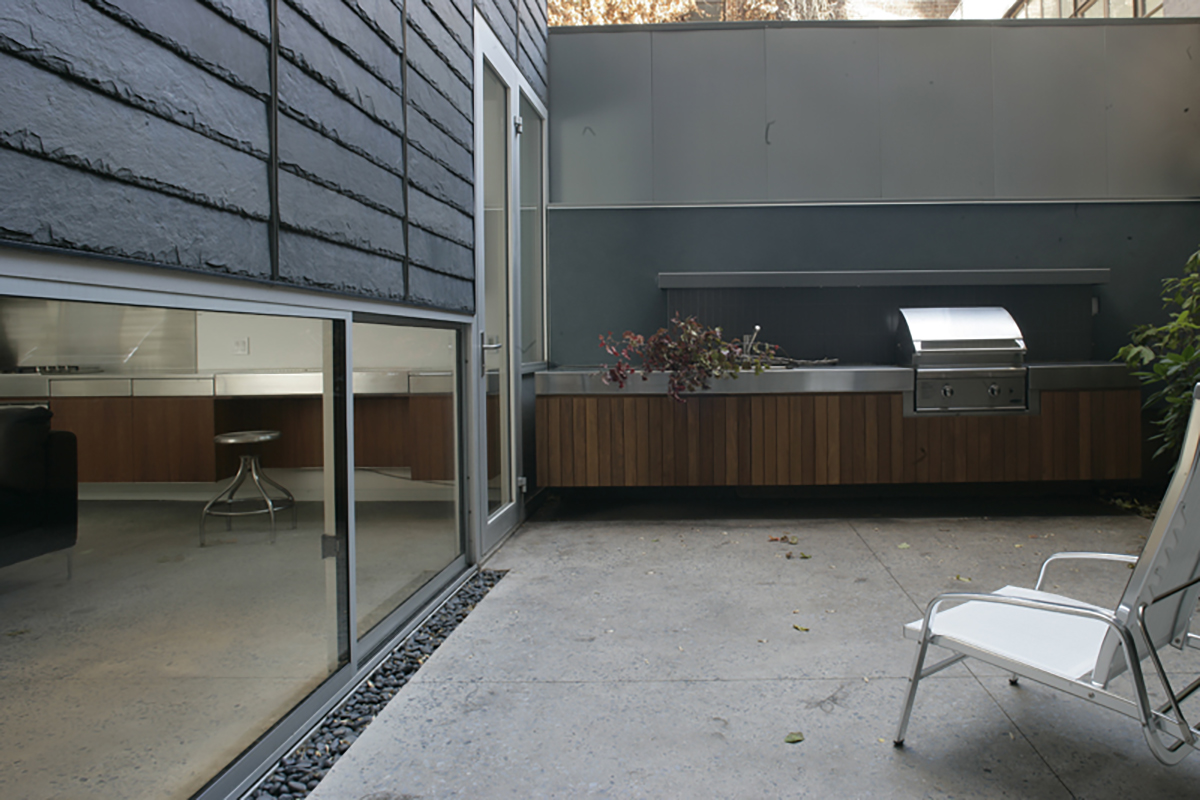 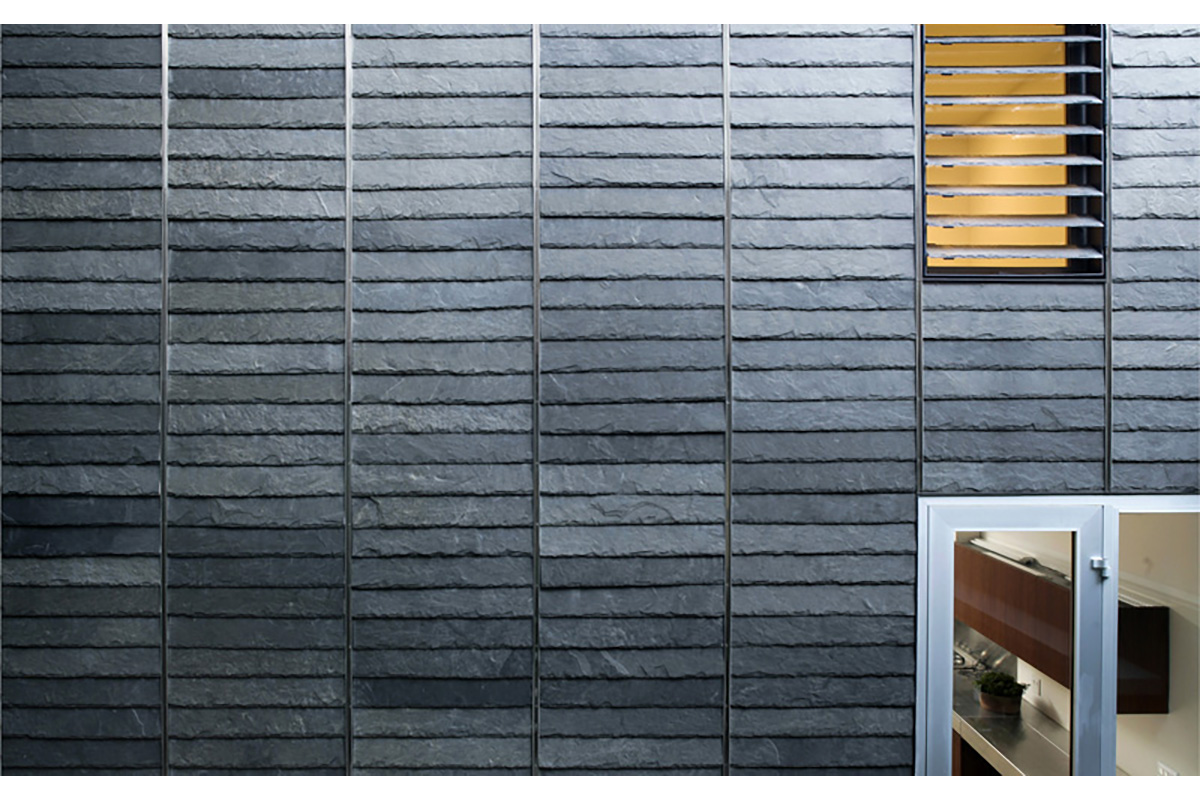 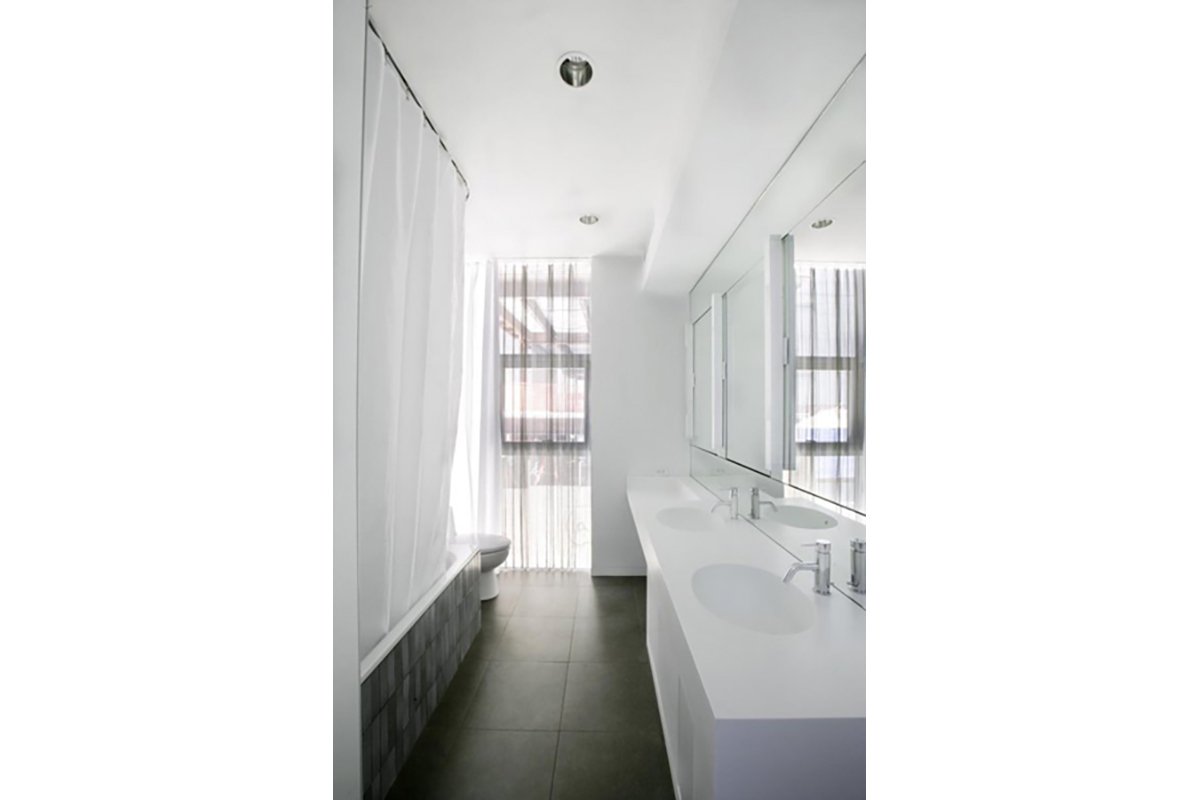 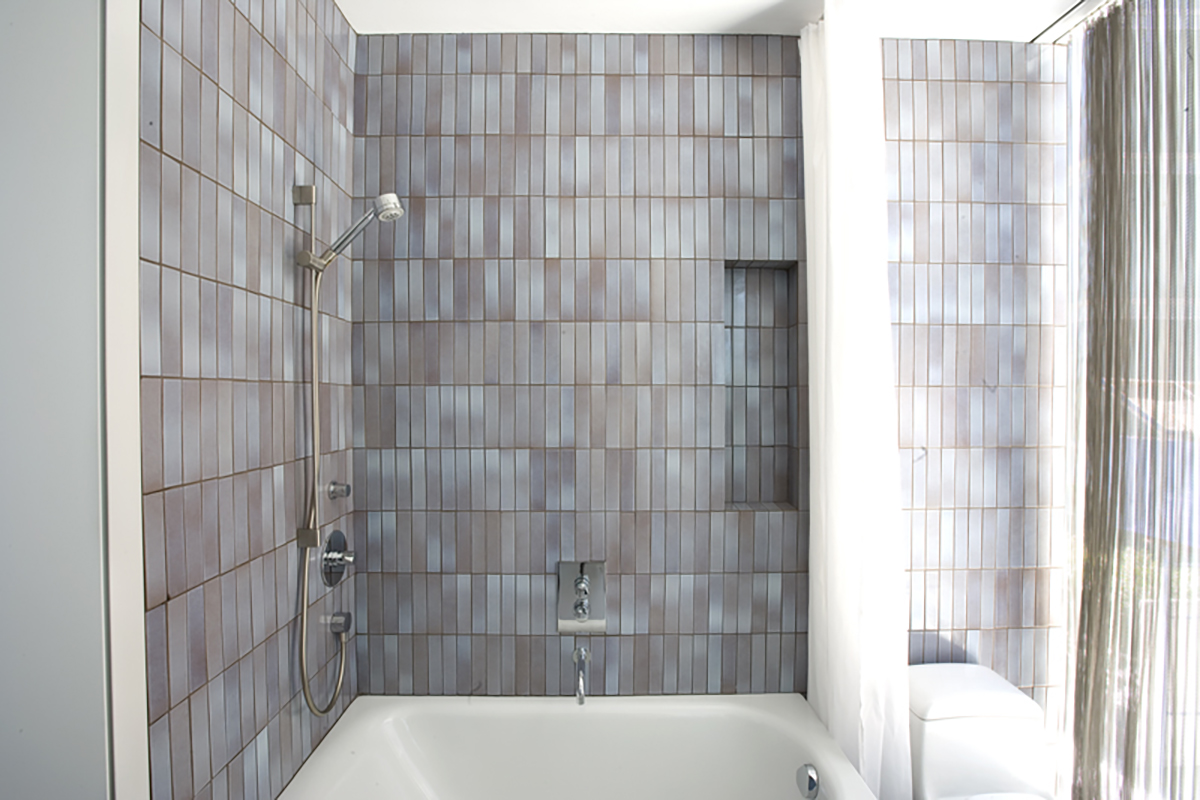 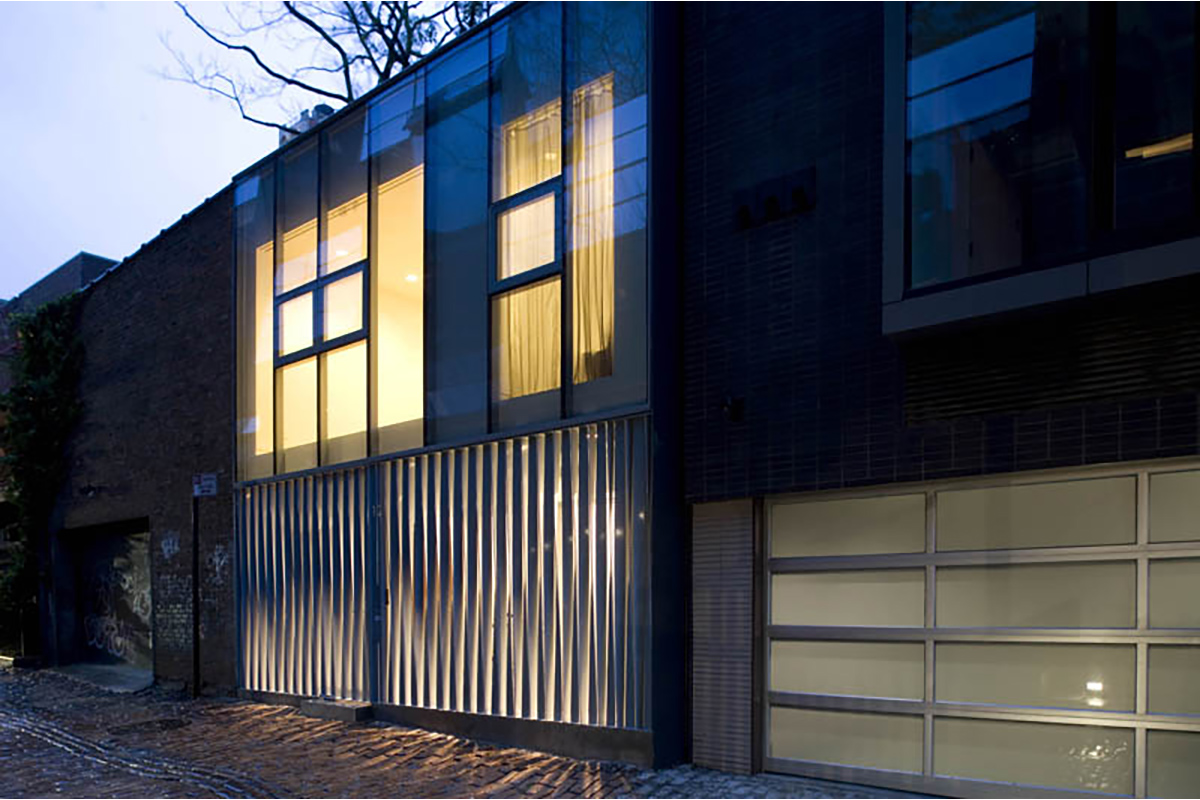 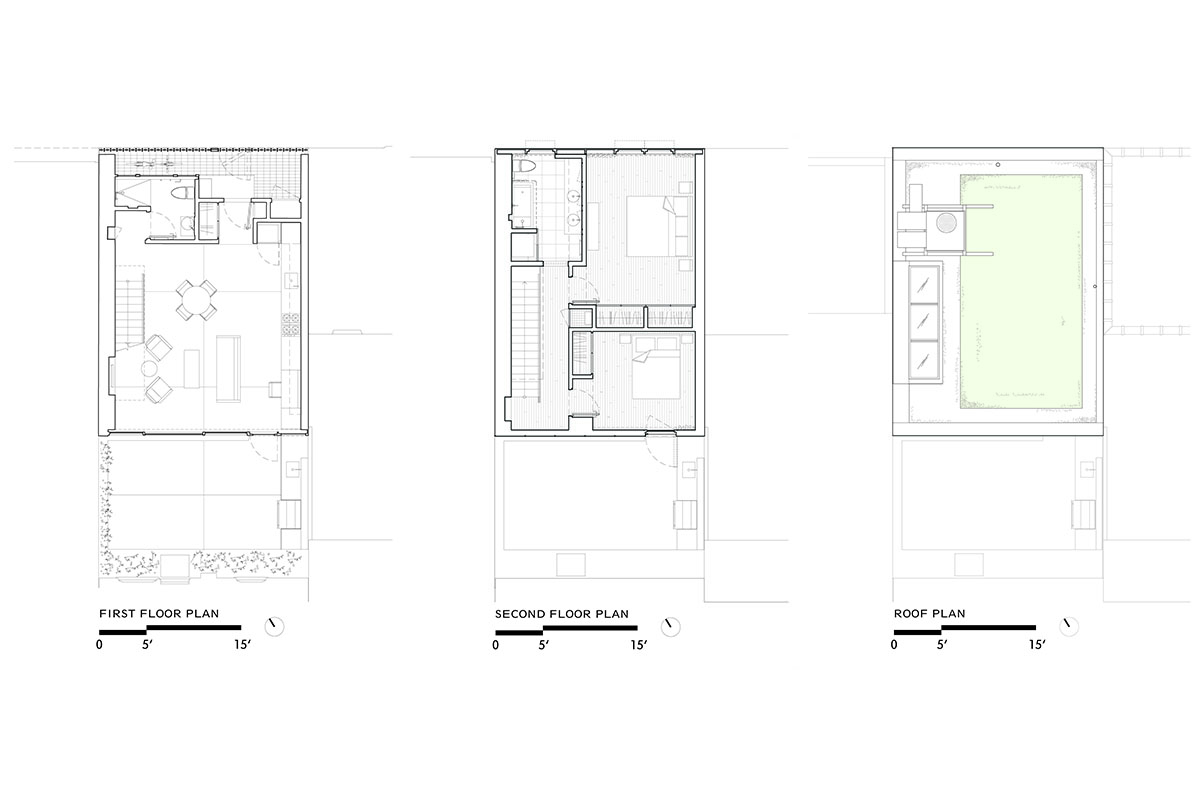 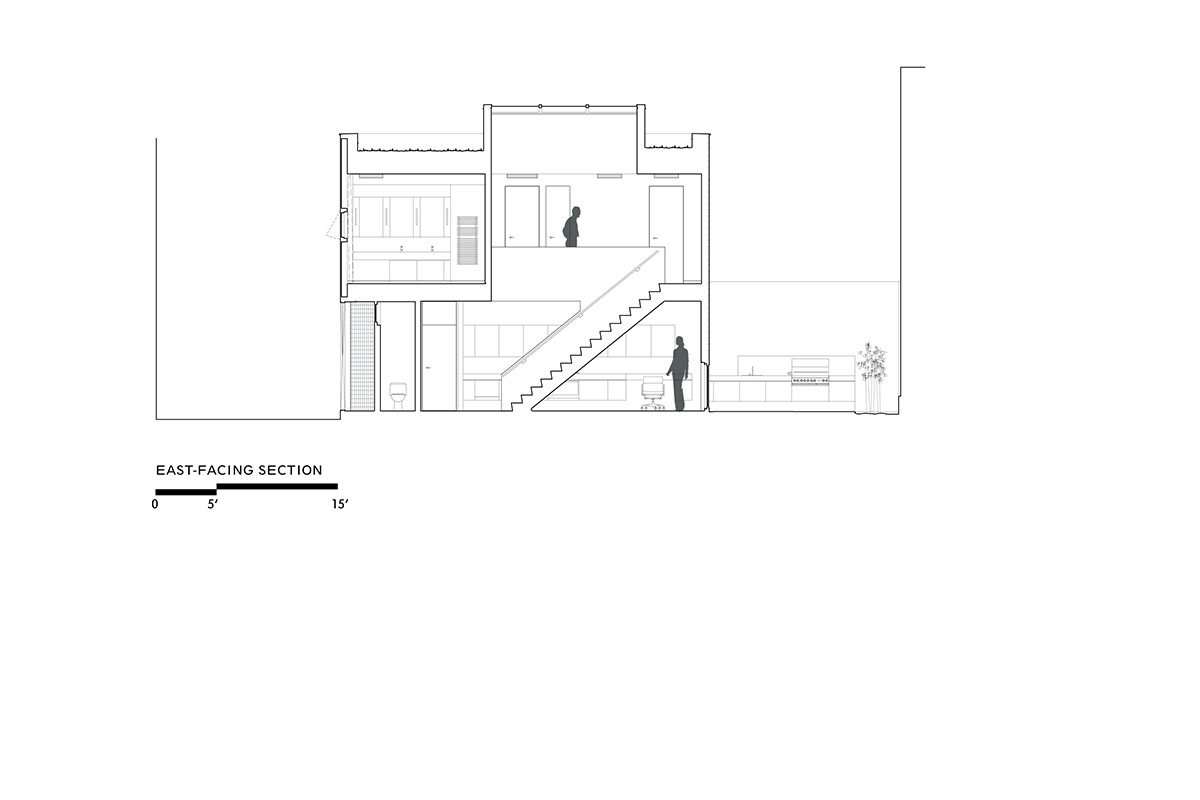 The 19th century carriage house previously on this site in New York City’s West Village had been through many adaptations in its lifetime, including the addition of a Moorish façade in the 1970s. In 2006, it was significantly damaged by fire and had to be rebuilt. Its small (20’ x 28’) footprint and two-story limitation offered an opportunity to re-imagine the potential for a modest urban dwelling in New York City.

The house sits directly behind a large townhouse on the same lot occupied by the owner. His intention was to rebuild the damaged property as a private residence to let. The new house is entered from a 15-foot-wide cobblestone alley through an ornamental metal screen wall. Immediately behind this screen is a shallow, covered outdoor space. This narrow sliver of real estate serves as a compressed, urban version of a garage, perfect for bicycle, Vespa, or recycling storage.

At the opposite end of the house, a small rear terrace extends the kitchen and living areas outdoors. Windows on this side are kept low to the ground to maintain privacy from the back of the abutting townhouse 12 feet away. The rear elevation is comprised of 3-foot-long cleft slate shingles. Two small bedrooms and a bathroom make up the top floor, where a large skylight over the stairwell floods both levels with daylight.

The house sits tucked behind several taller towers (Richard Meier’s and Asymptote’s among them). Its vegetative green roof offers visual relief to the many inhabitants above, as well as a habitat for birds and other animals.