info
New Practices New York at the Center for Architecture 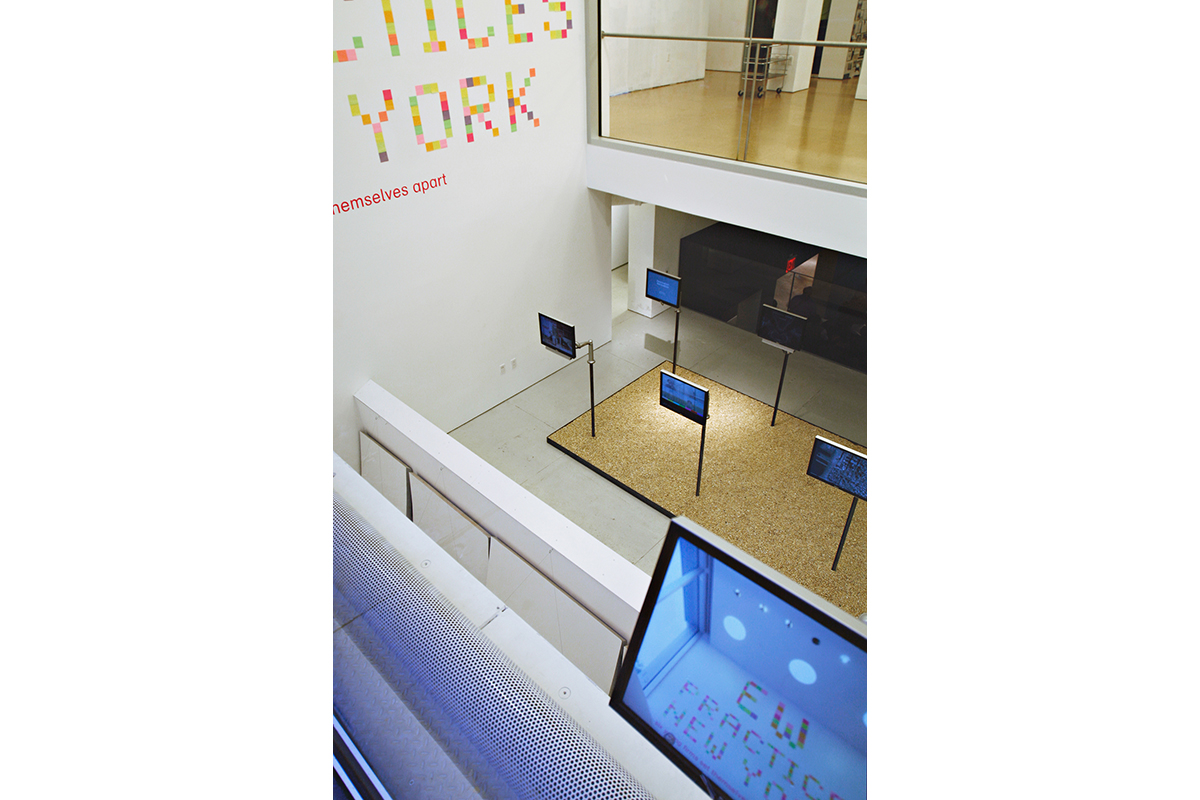 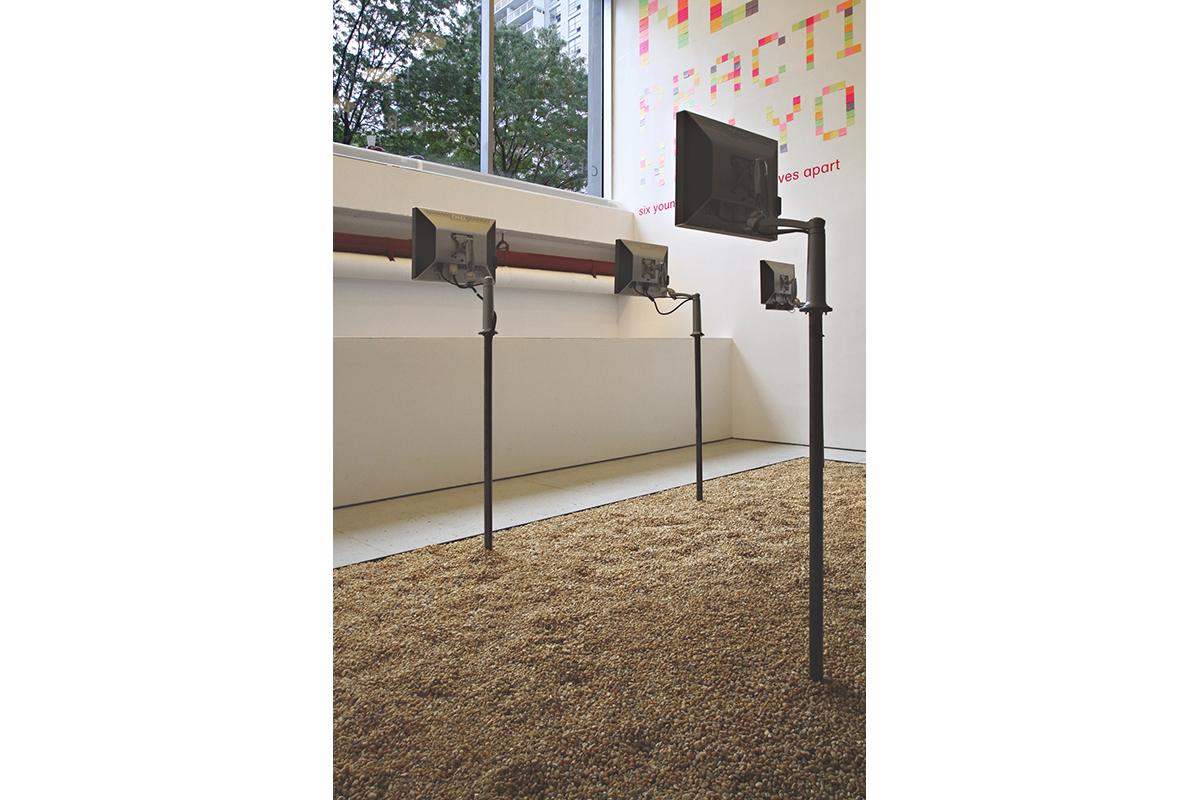 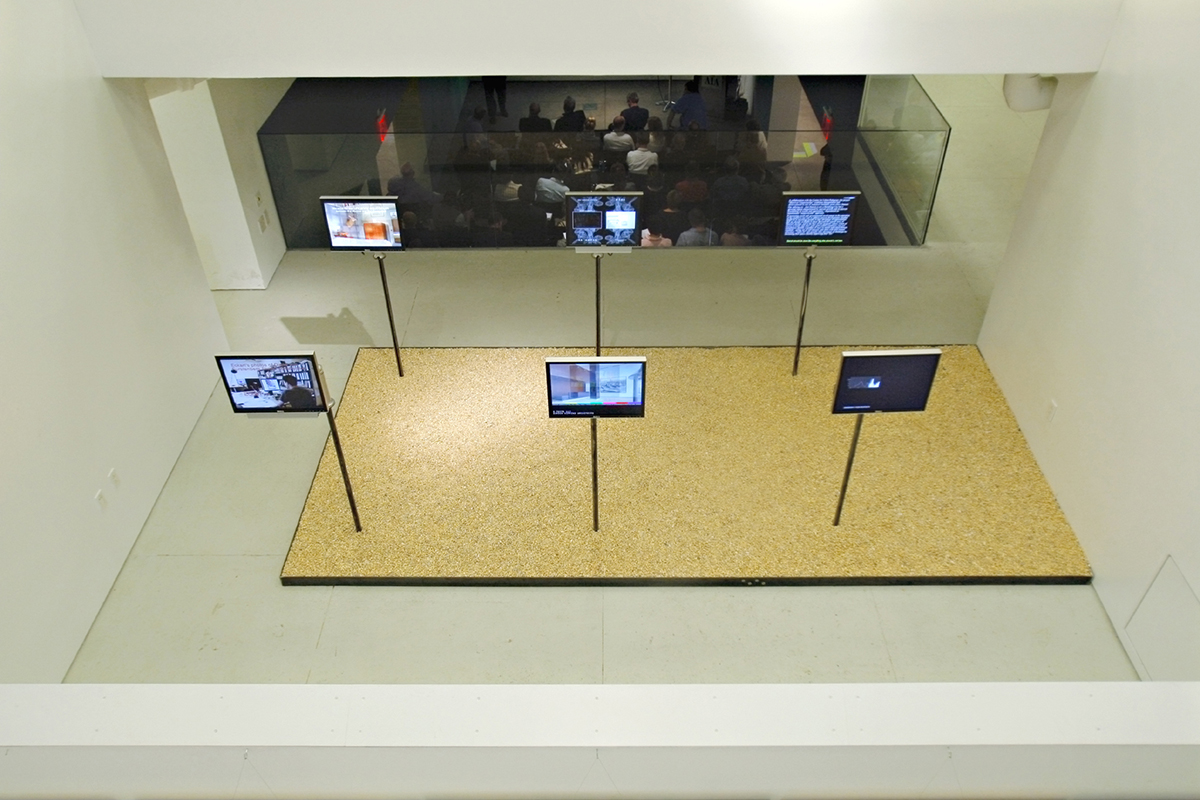 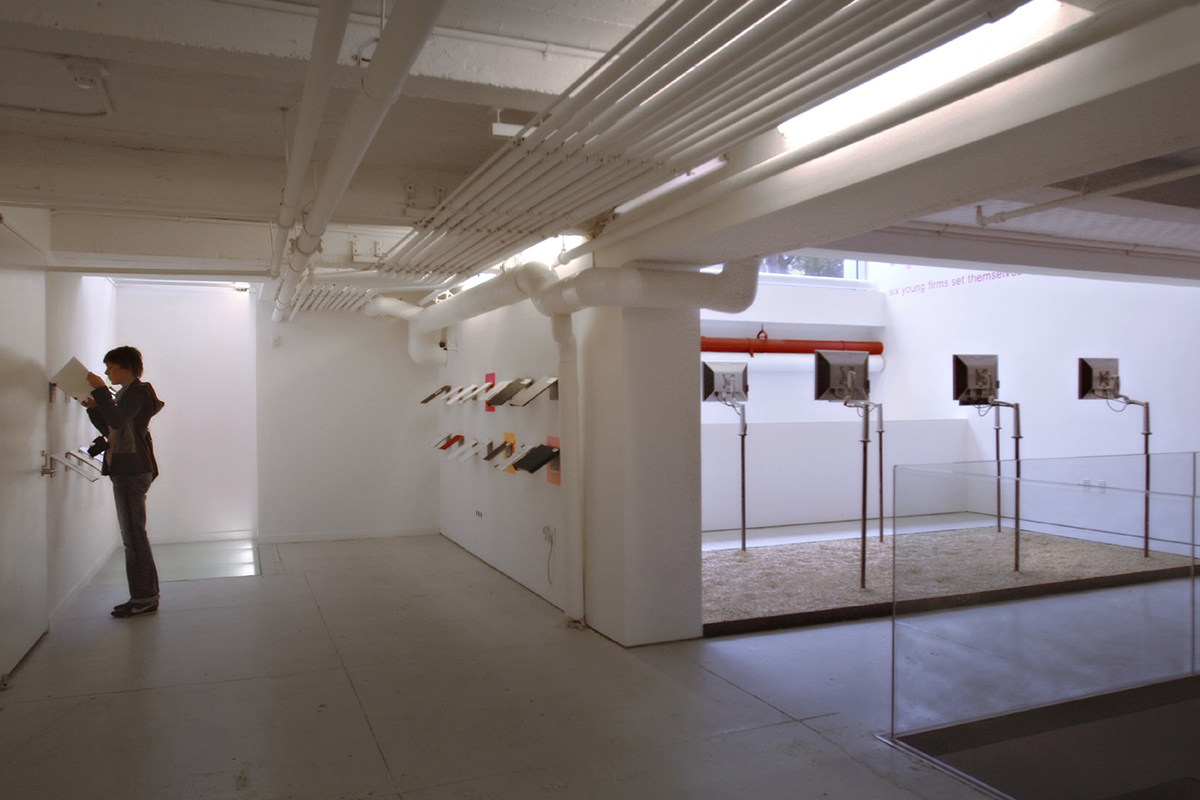 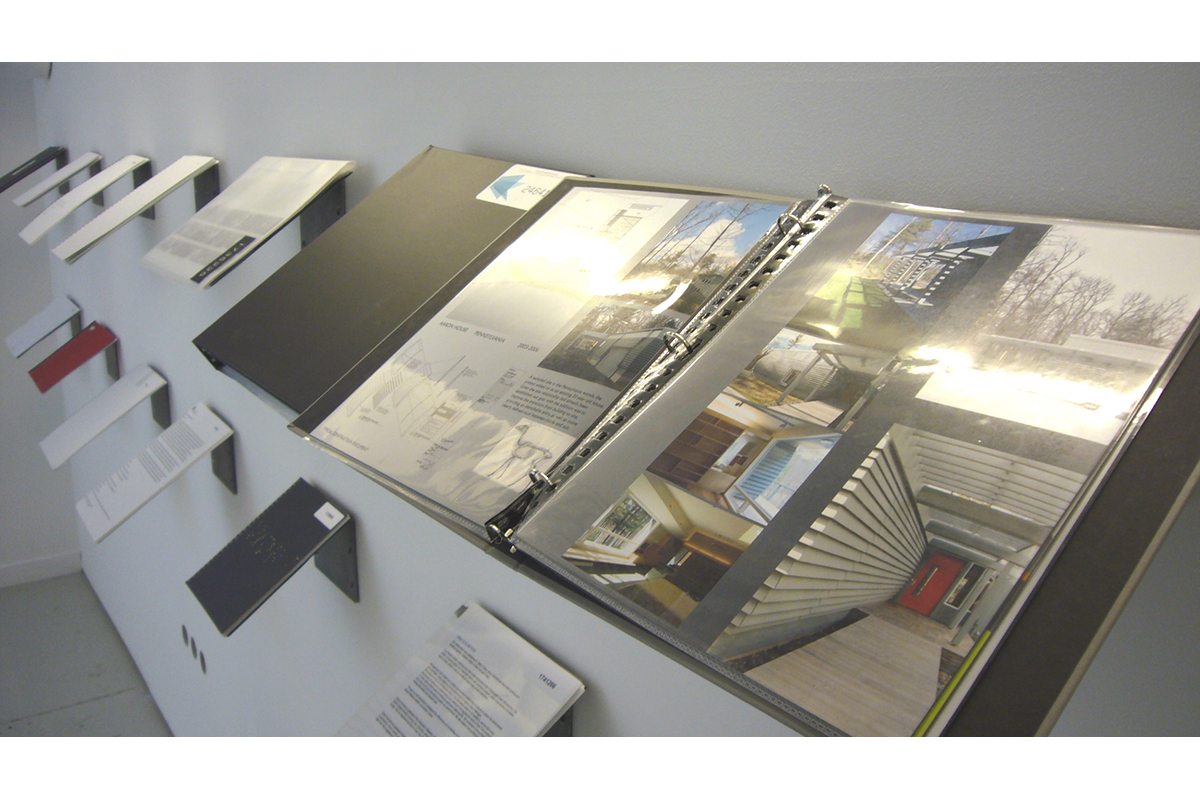 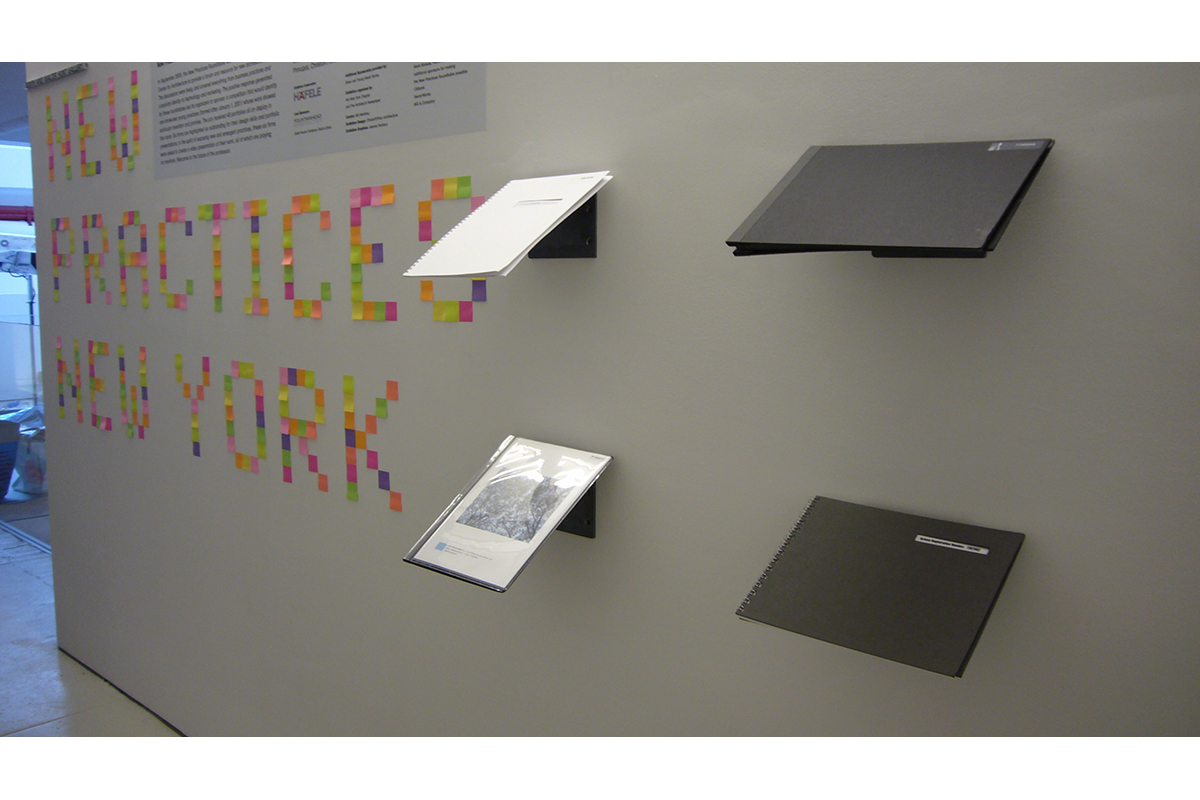 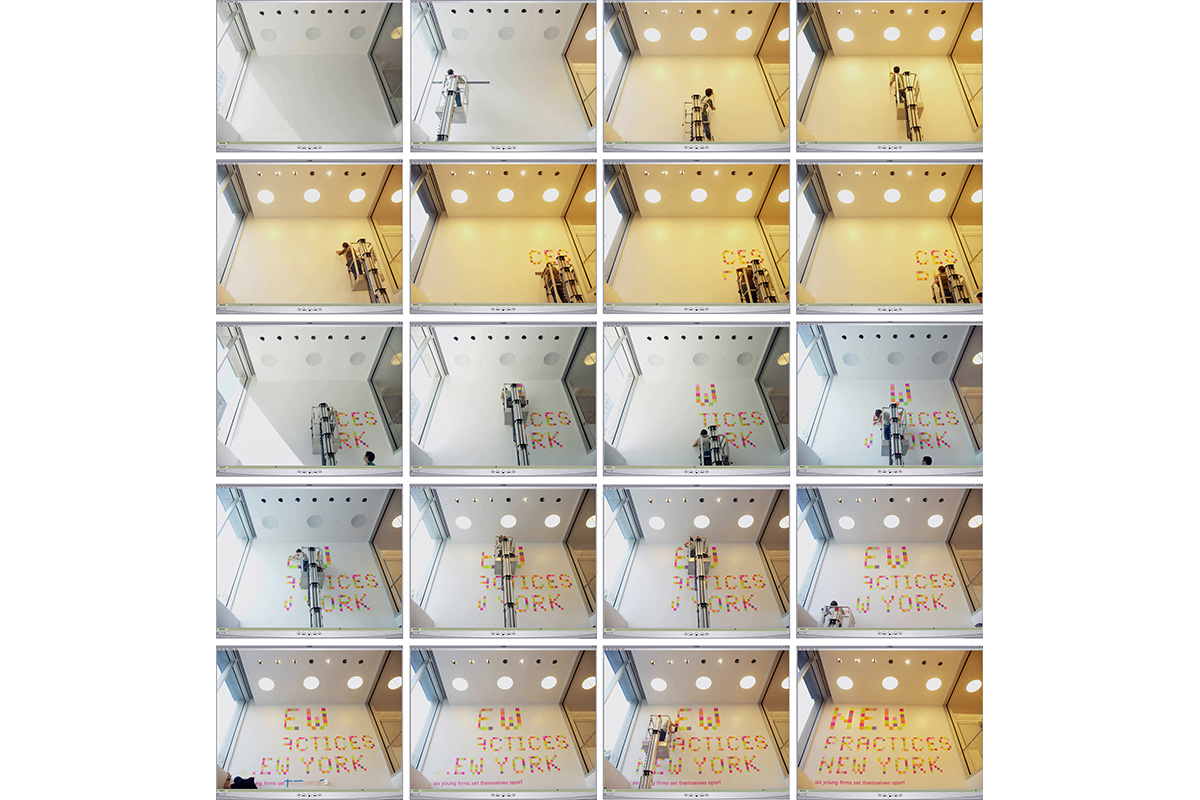 In September 2005, the New Practices Round Table was launched at the Center for Architecture to provide a forum and resource for new and emerging architectural firms. The culmination of this series was a juried competition created to identify young practices whose work showed particular invention and promise. The jury received 48 portfolios, and chose six to feature. We displayed each of the 48 portfolios in one room of the gallery on concealed steel brackets so that each could be perused as submitted. And, in the spirit of exposing new and emergent practices, we asked each of the six chosen firms to create a video presenting their own work. These were displayed on six individual monitors, mounted on slender steel stalks, emerging from a bed of small stones in the main gallery, visible from the street above.