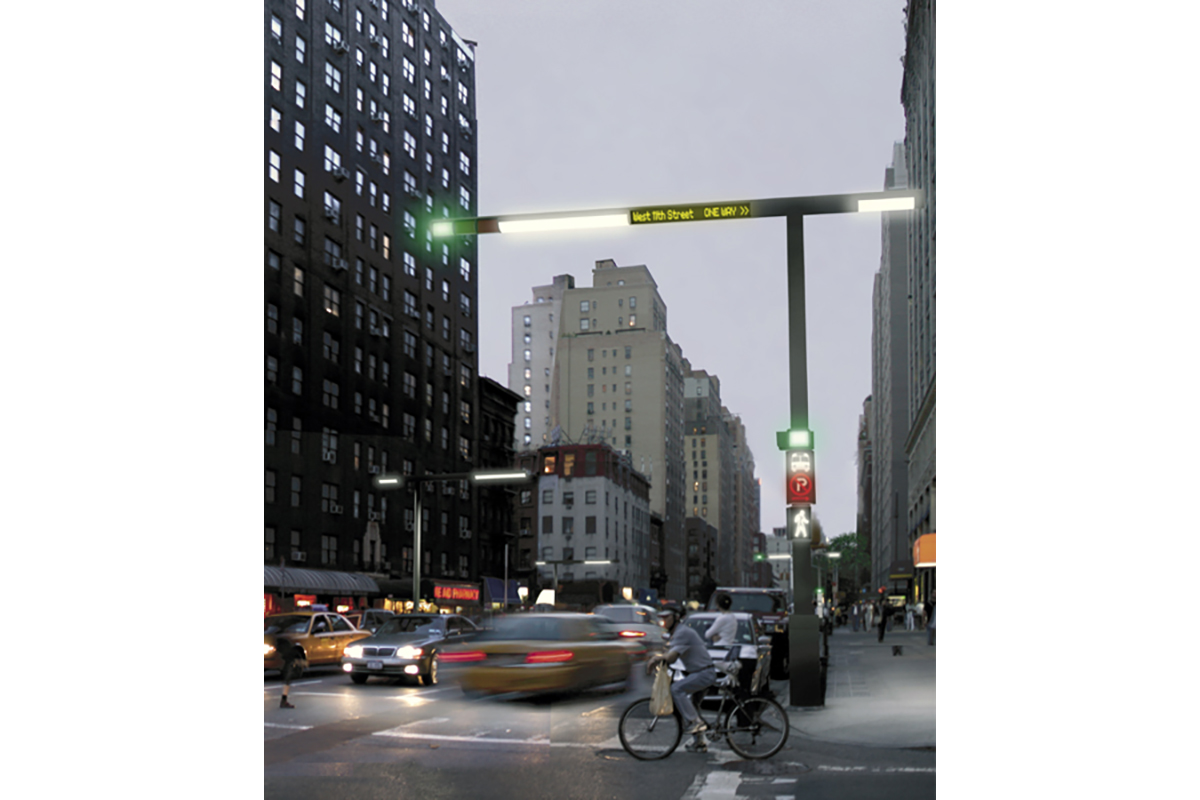 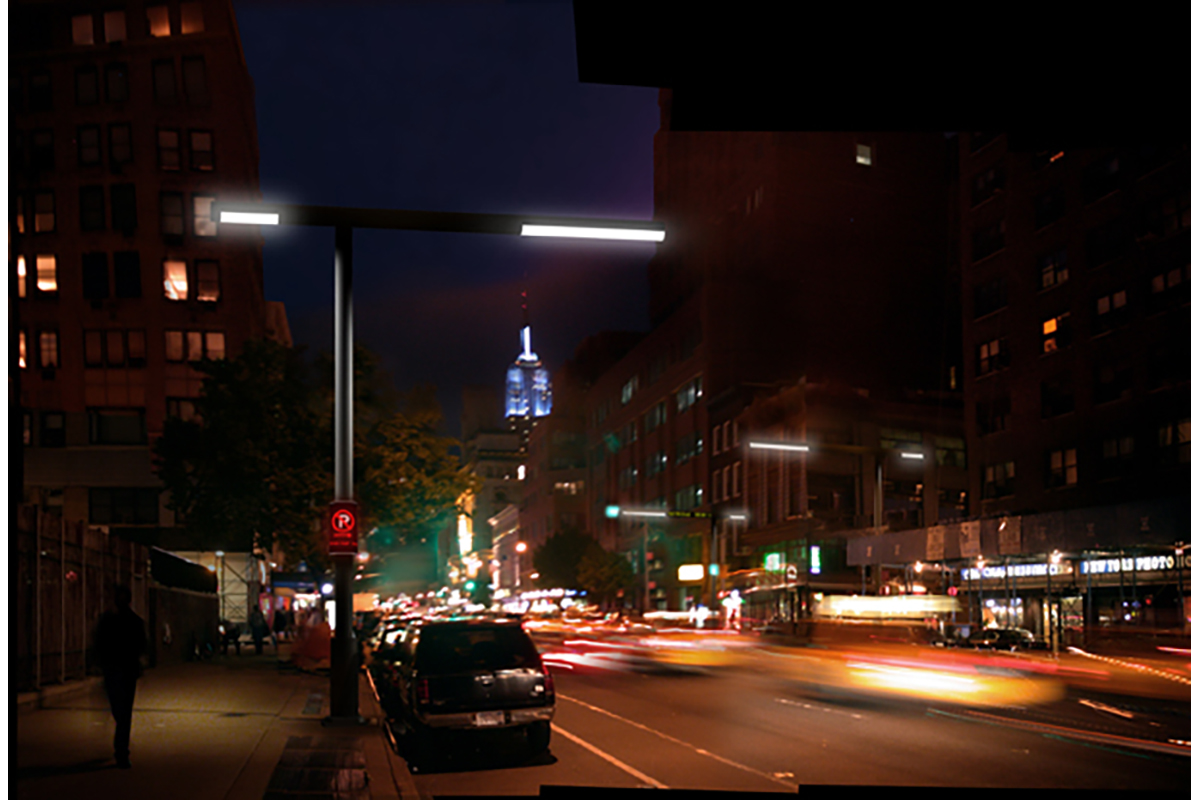 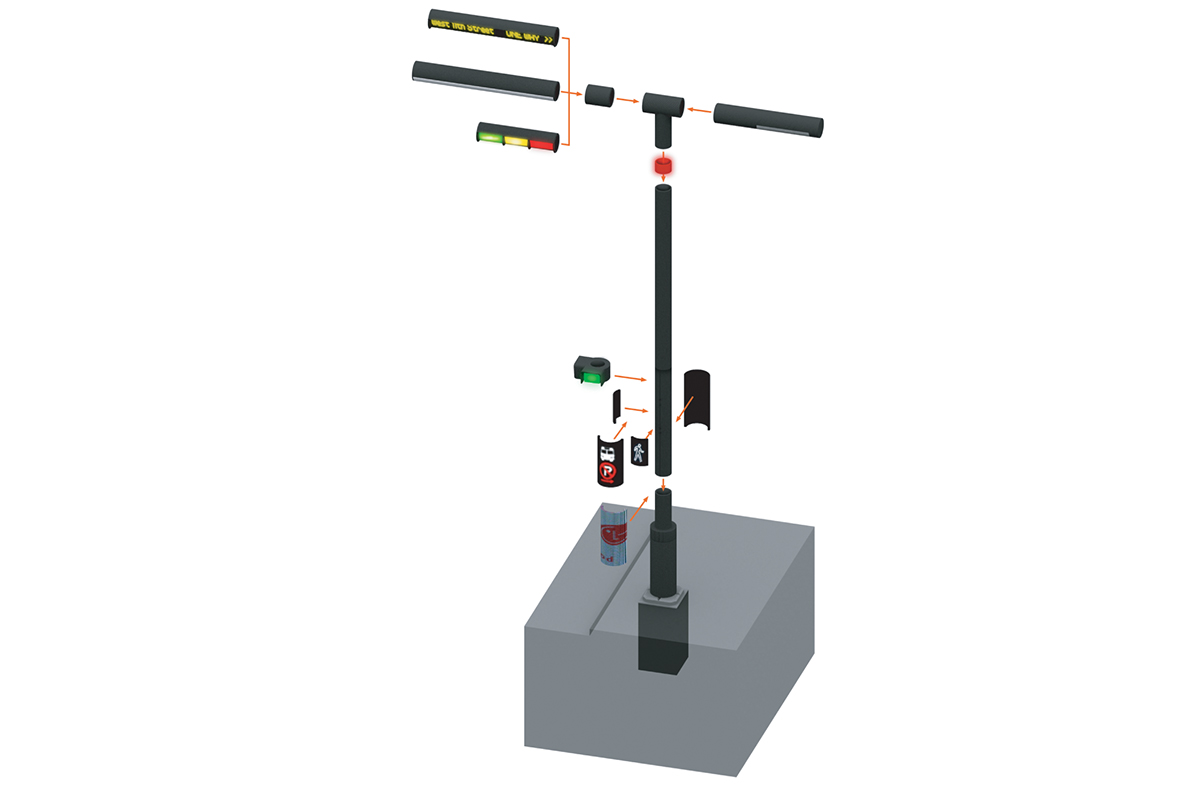 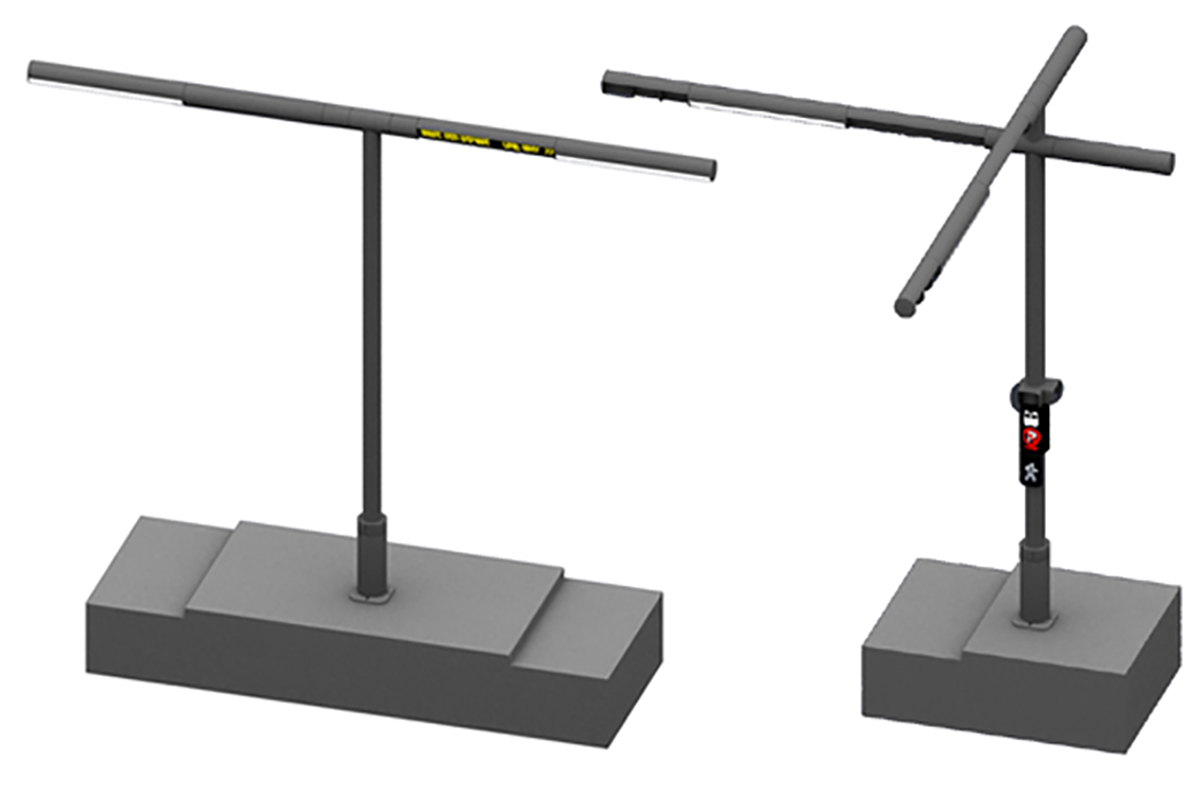 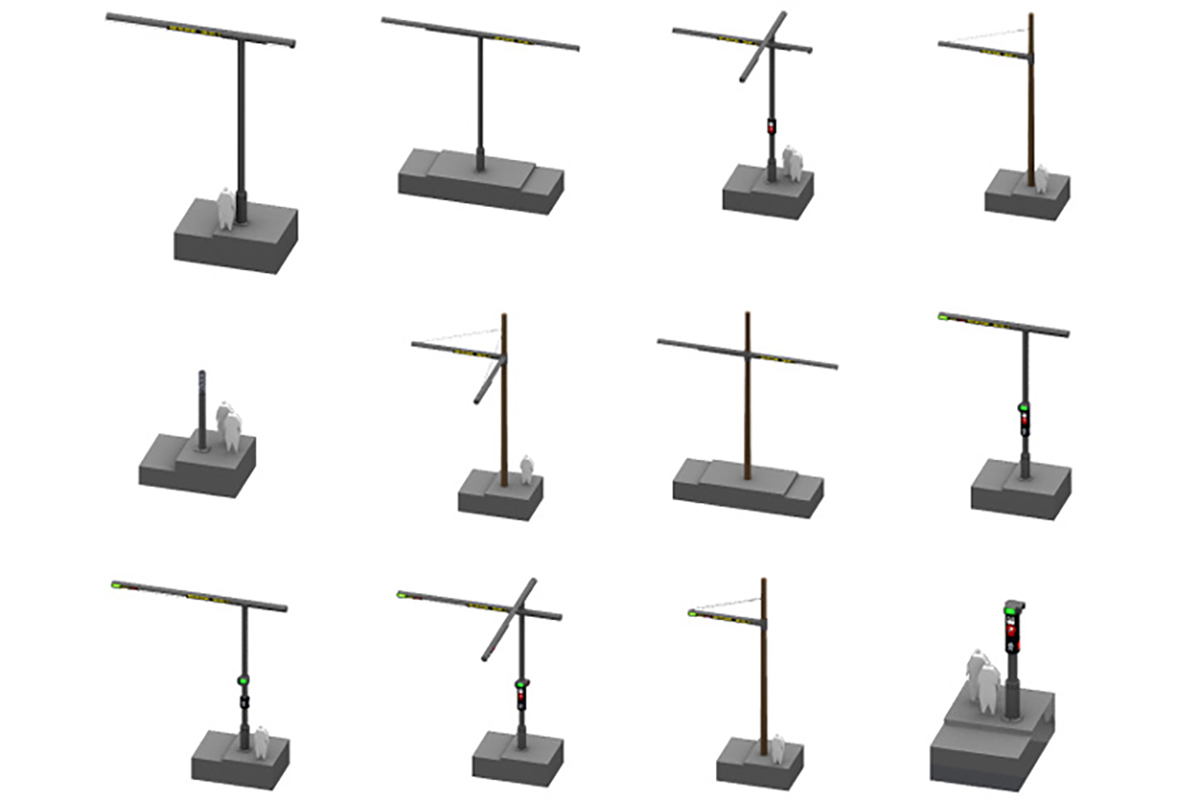 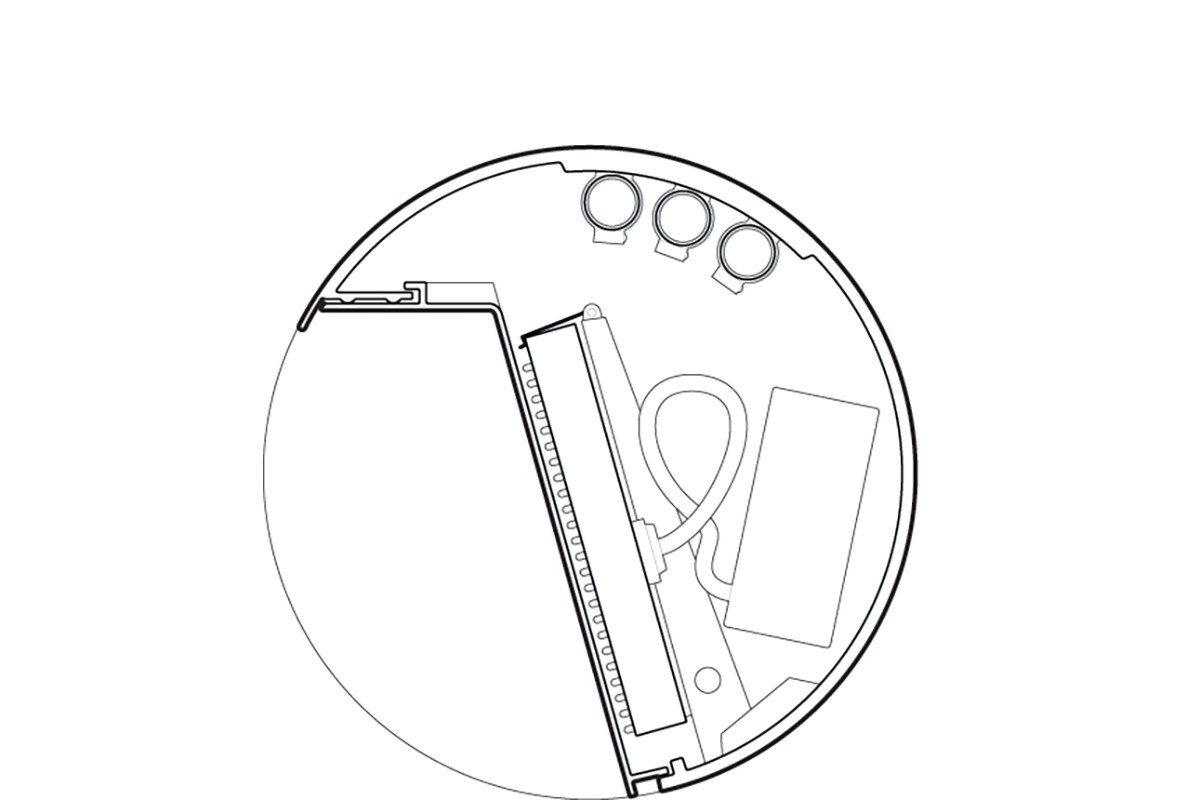 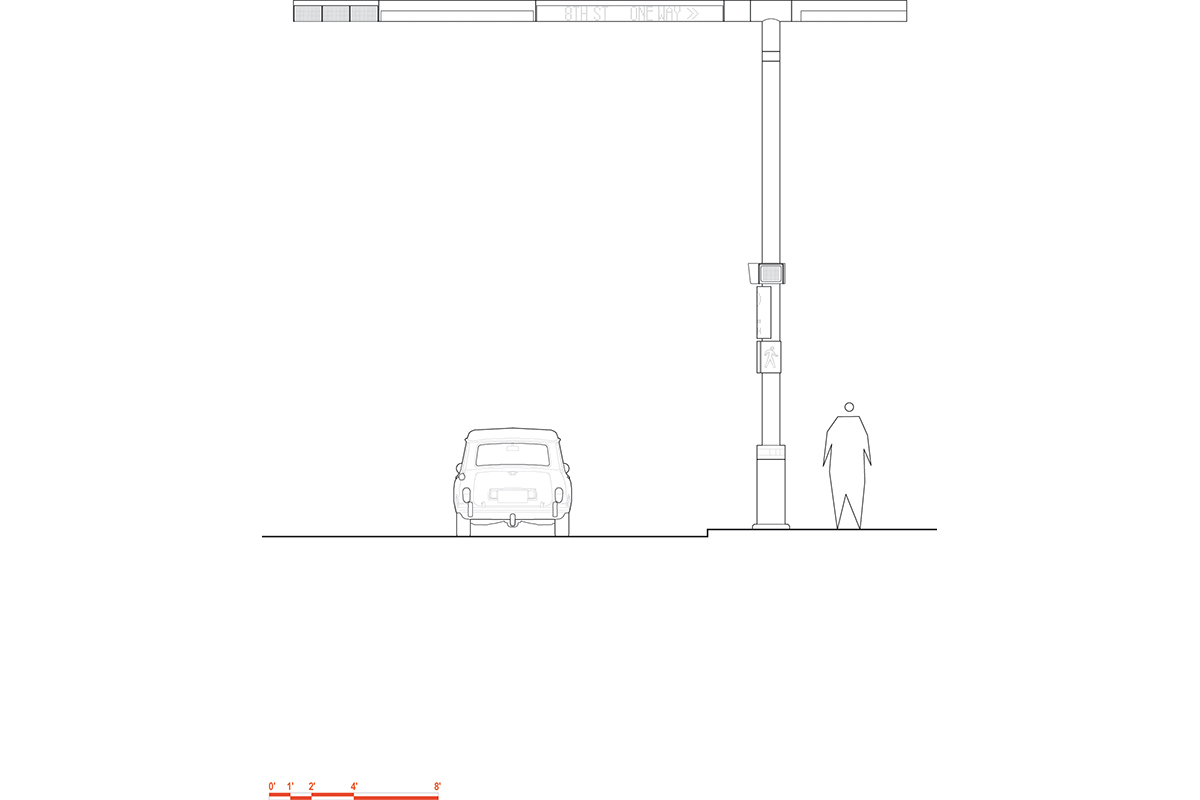 New York has enough distractions. Traffic signage should not be one of them. This proposal offers a radical rethinking of the urban streetlight as an object highly evolved from its current status as an unwitting prop for strap-ons. It is based on technology already adopted by the Transportation Authority that has proven to be robust, cost effective, energy saving, and streamlining: the LED display panel. All the paraphernalia associated with traffic navigation is incorporated into a single, mast and boom structure of carbon fiber, eliminating the need for any additional signage. The device is remotely programmable, able to indicate changes in parking regulations, alert drivers to changes in traffic patterns, or even sync with a driver’s on-board navigation system. LED traffic signals, already in use by the city, are designed to fit within the body of this new fixture instead of hanging from it. Rethinking the street light becomes a launching point for rethinking the entire infrastructure of traffic signage and the city’s communication with its inhabitants.