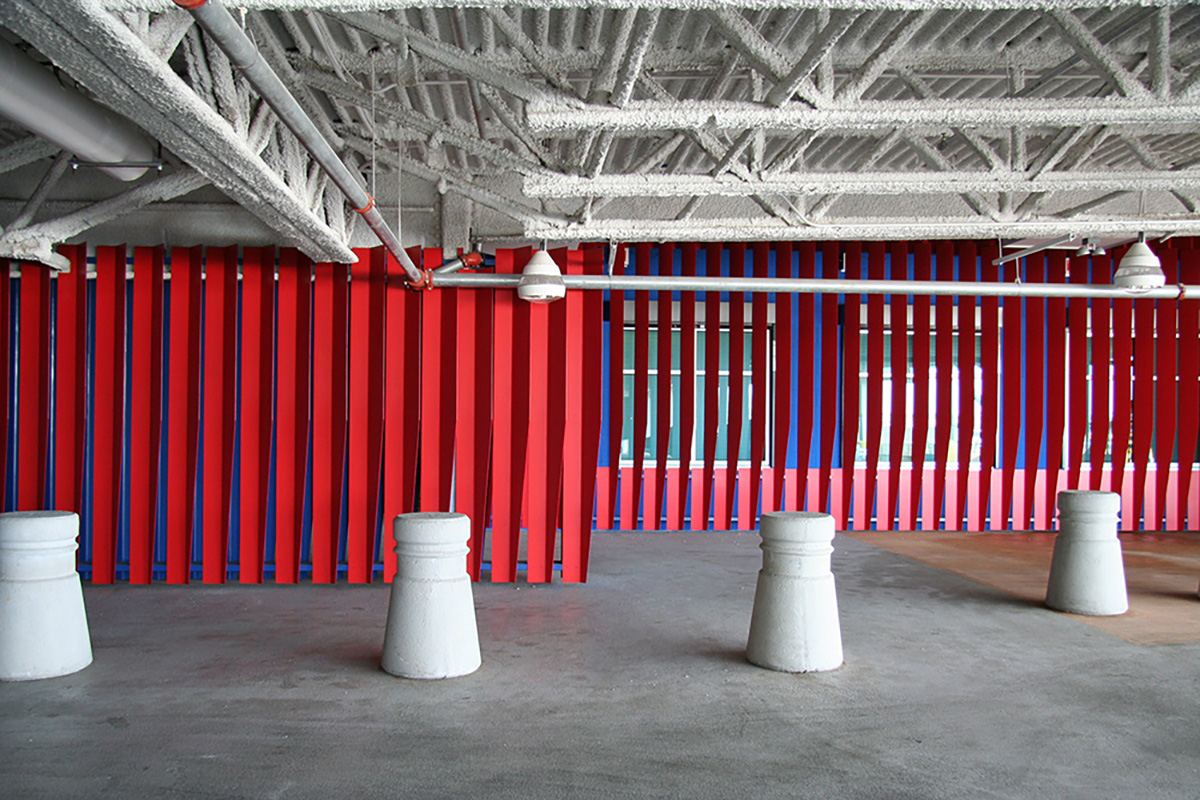 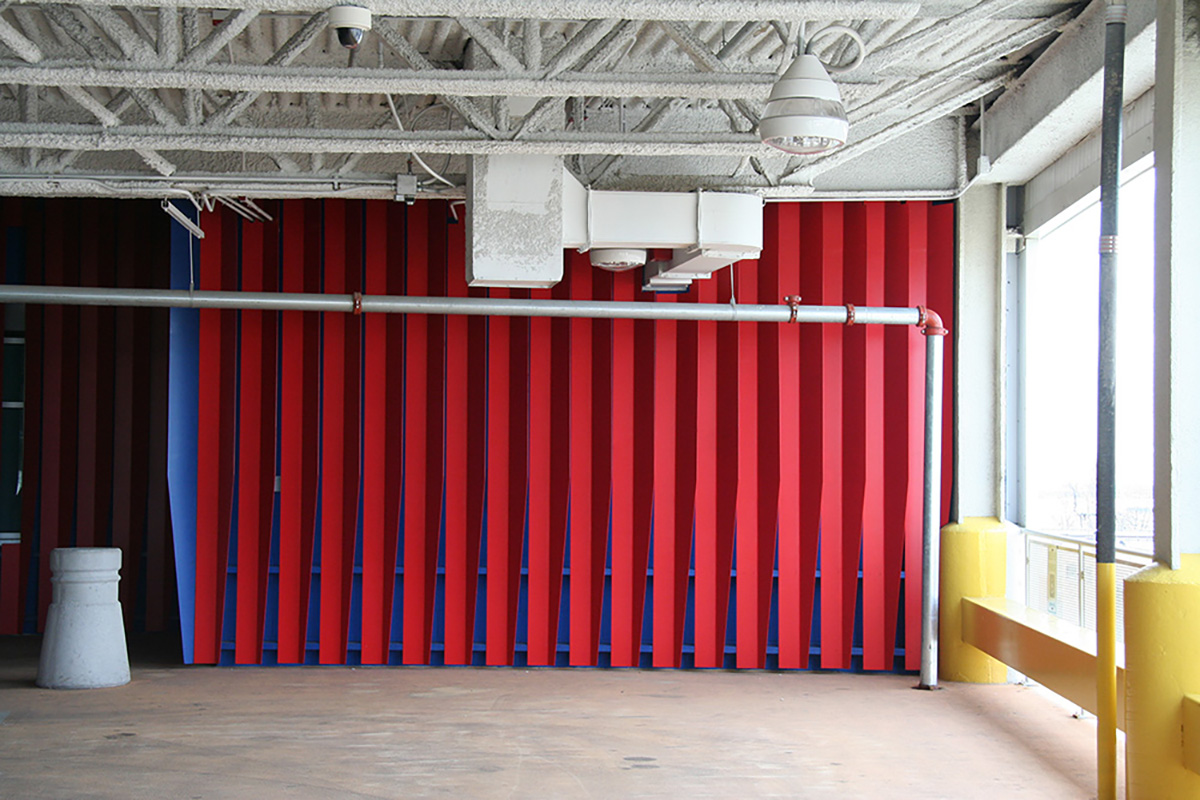 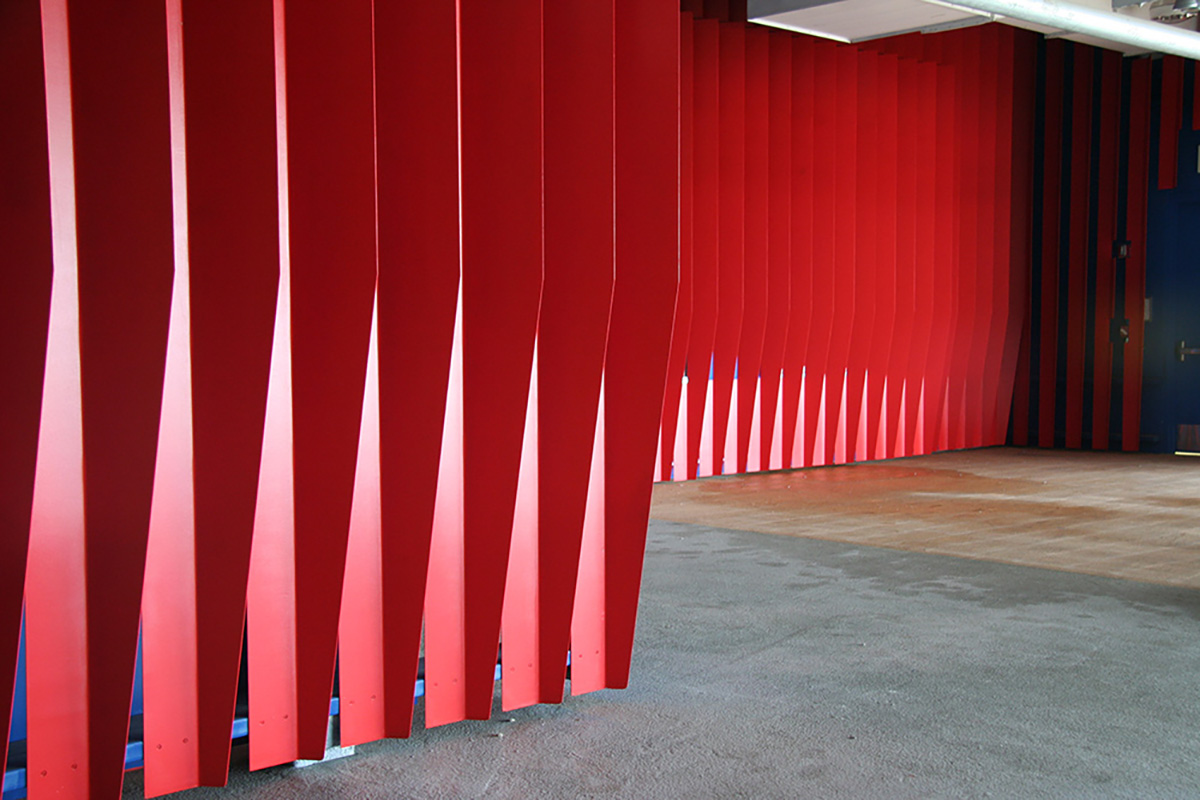 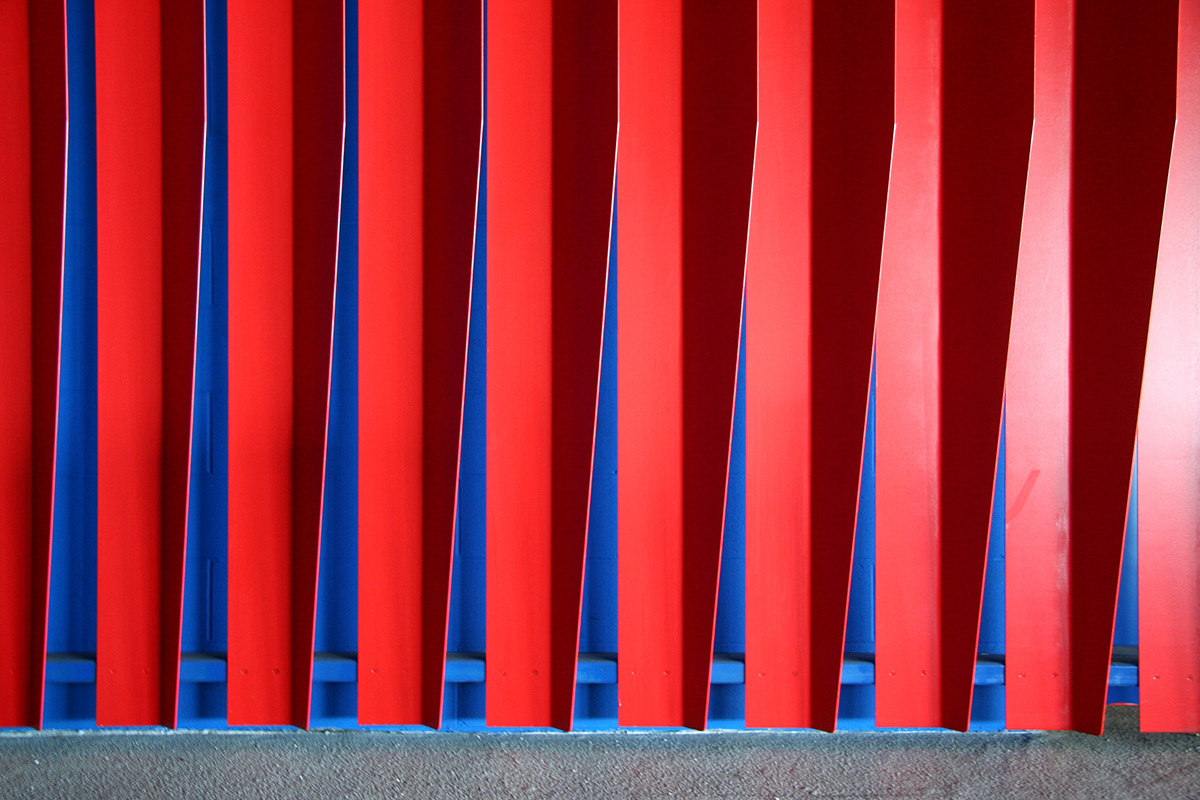 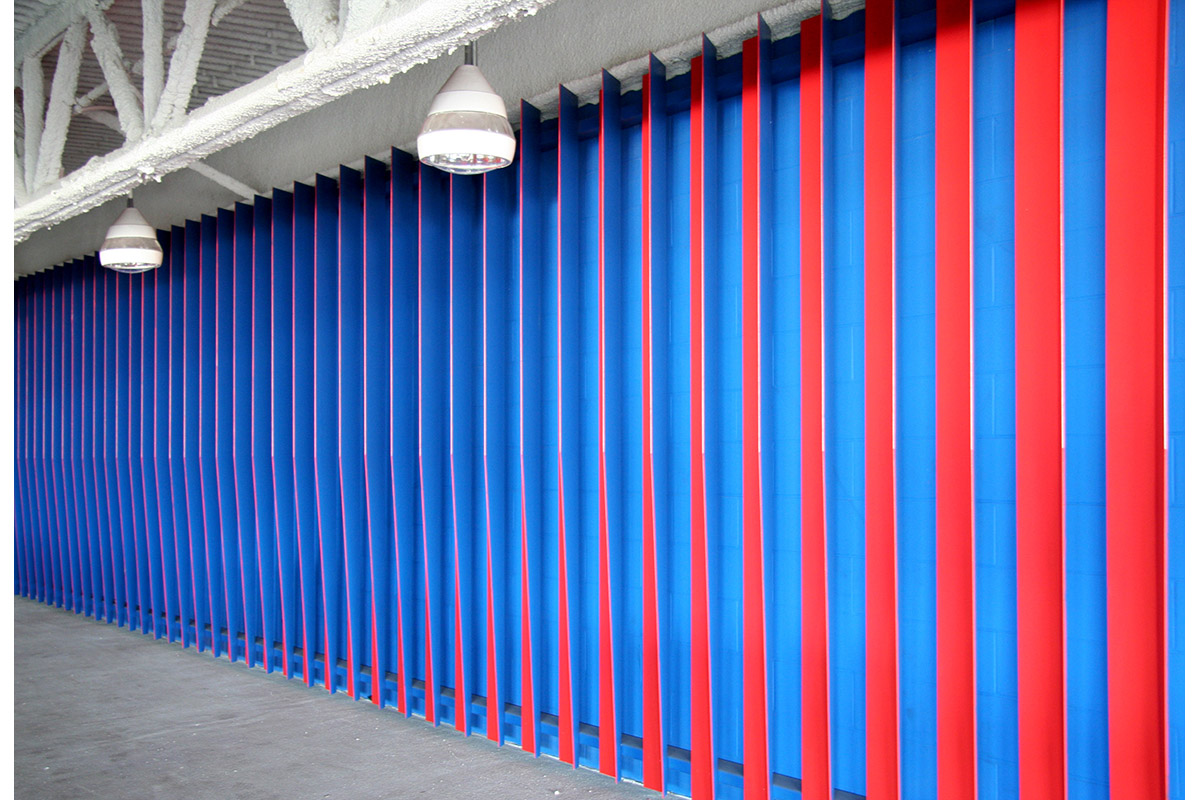 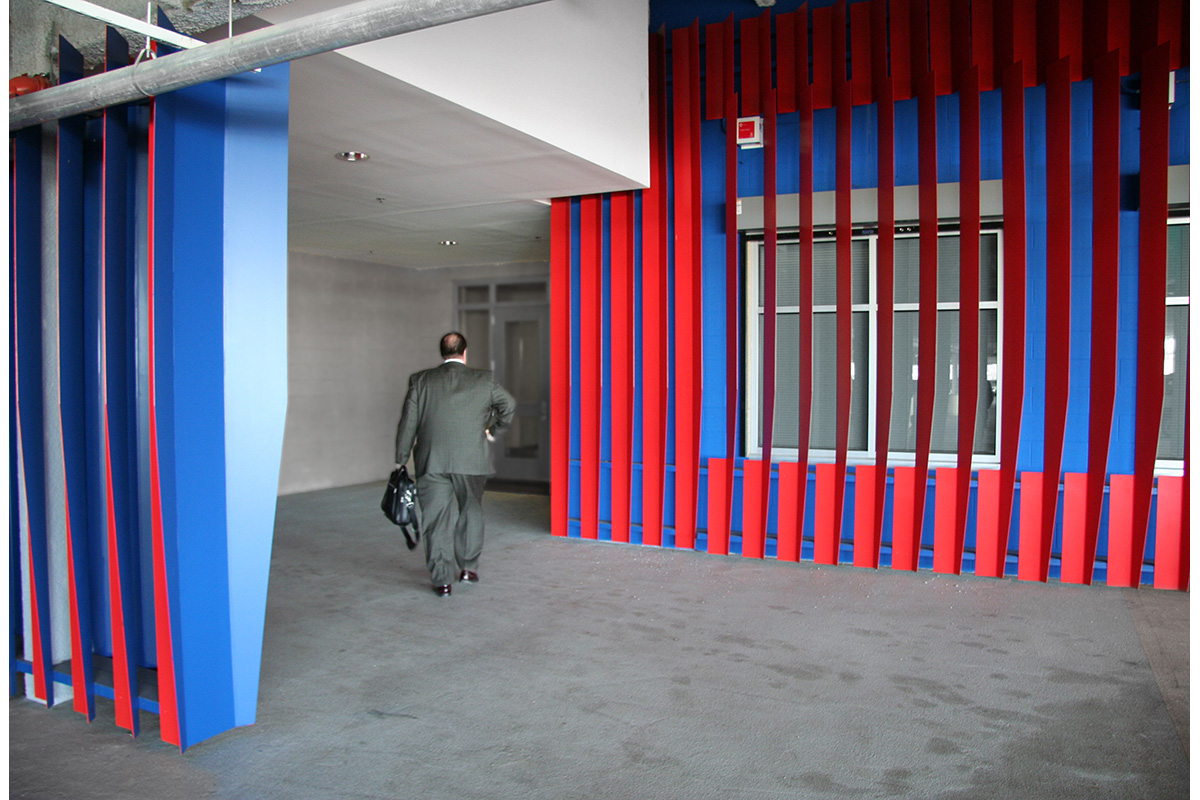 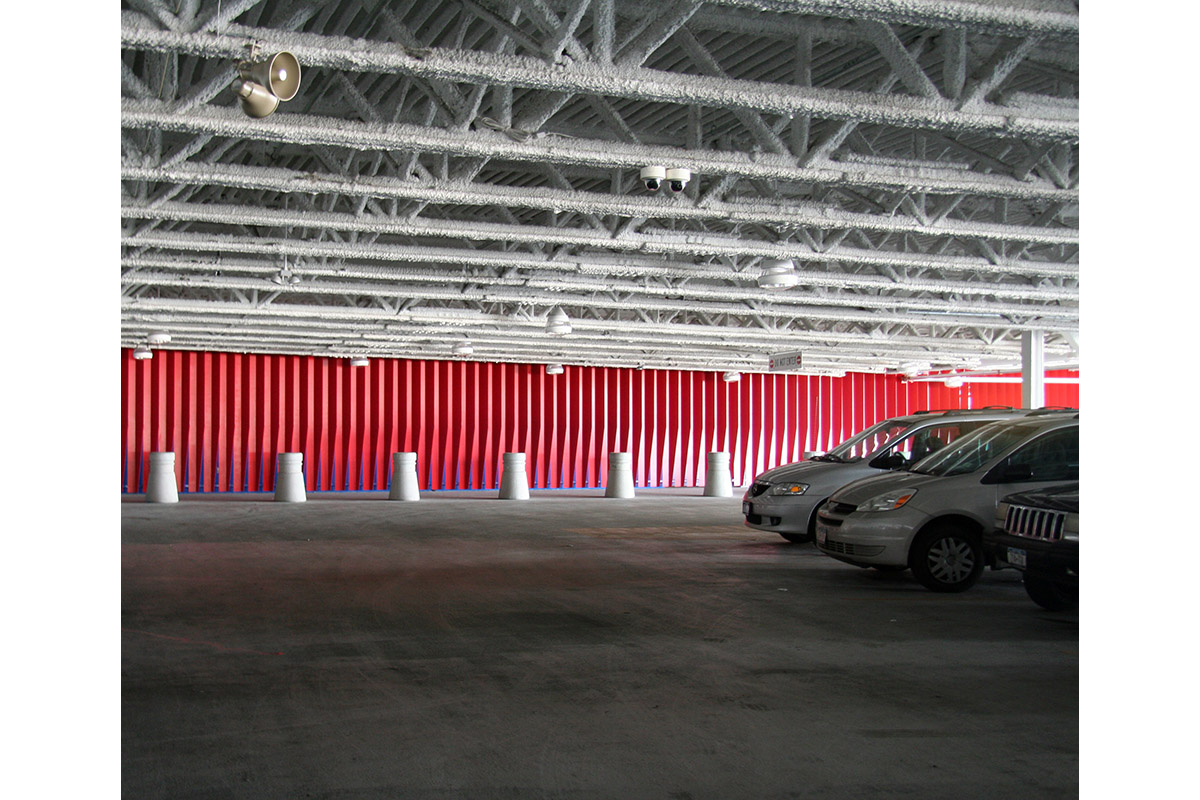 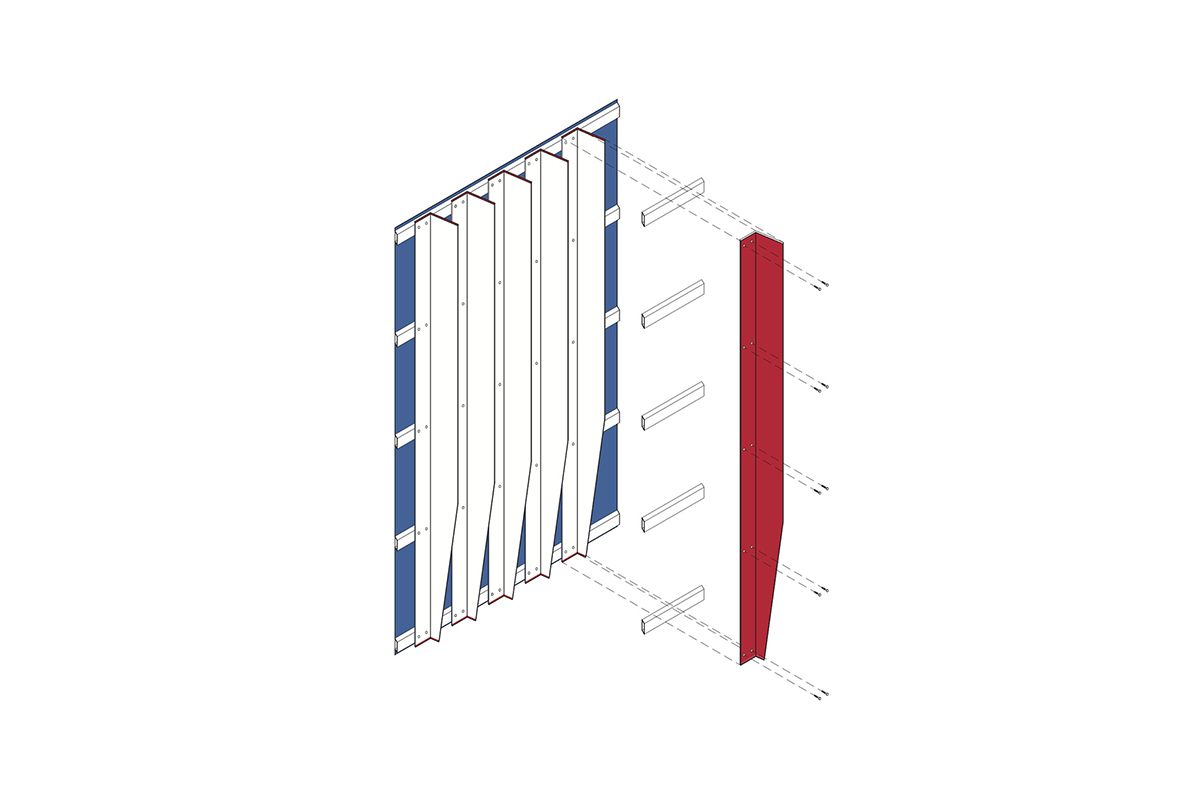 A new beverage distribution center in the Bronx was poorly designed – the only entrance to its corporate offices was situated directly off of a parking garage located on the second floor of the building. The challenge was to create a more visually appealing relationship between the two spaces with minimal disruption to the existing layout, all while maintaining a clear path to the entry.

The solution is two overlapping screen walls made of folded metal plates – painted Pepsi red on one face and Pepsi blue on the other – that shield the offices from a view of the lot while maintaining their access to daylight. The offices are entered through a large gap formed by the overlapping screens, and a shift from red to blue is experienced from the cars that approach the lot.