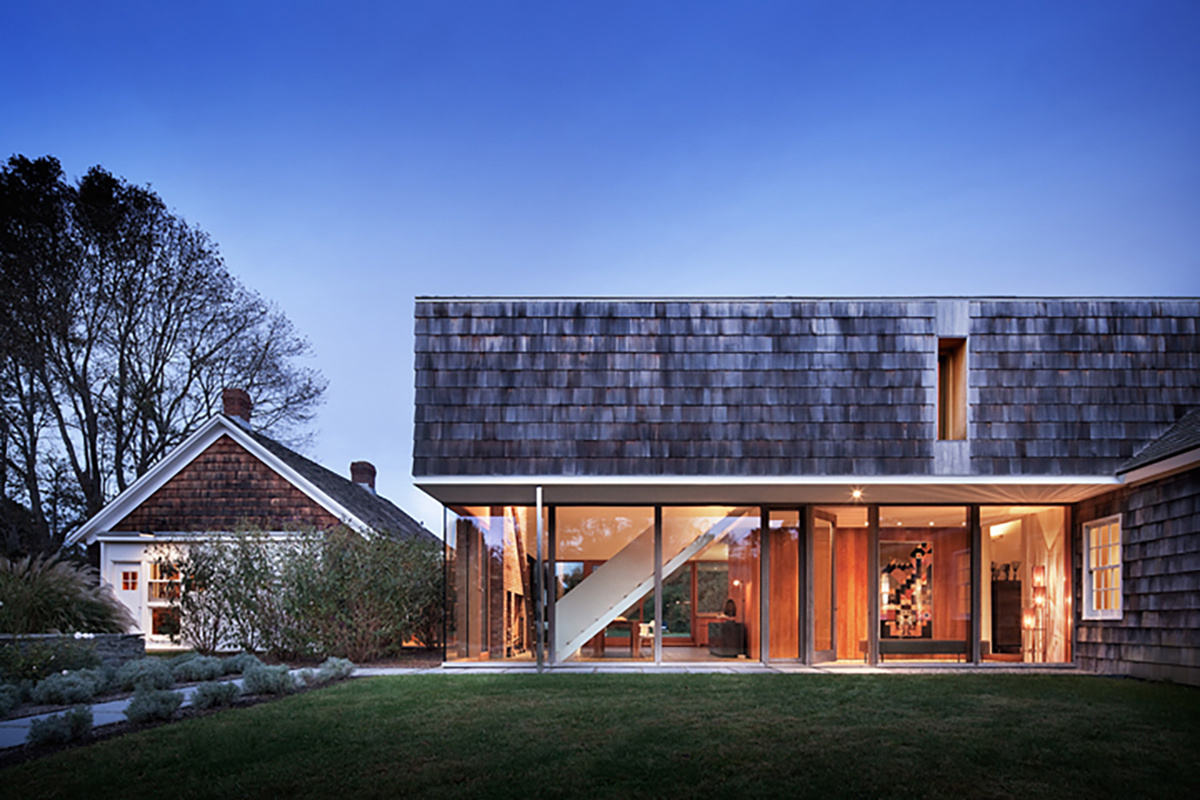 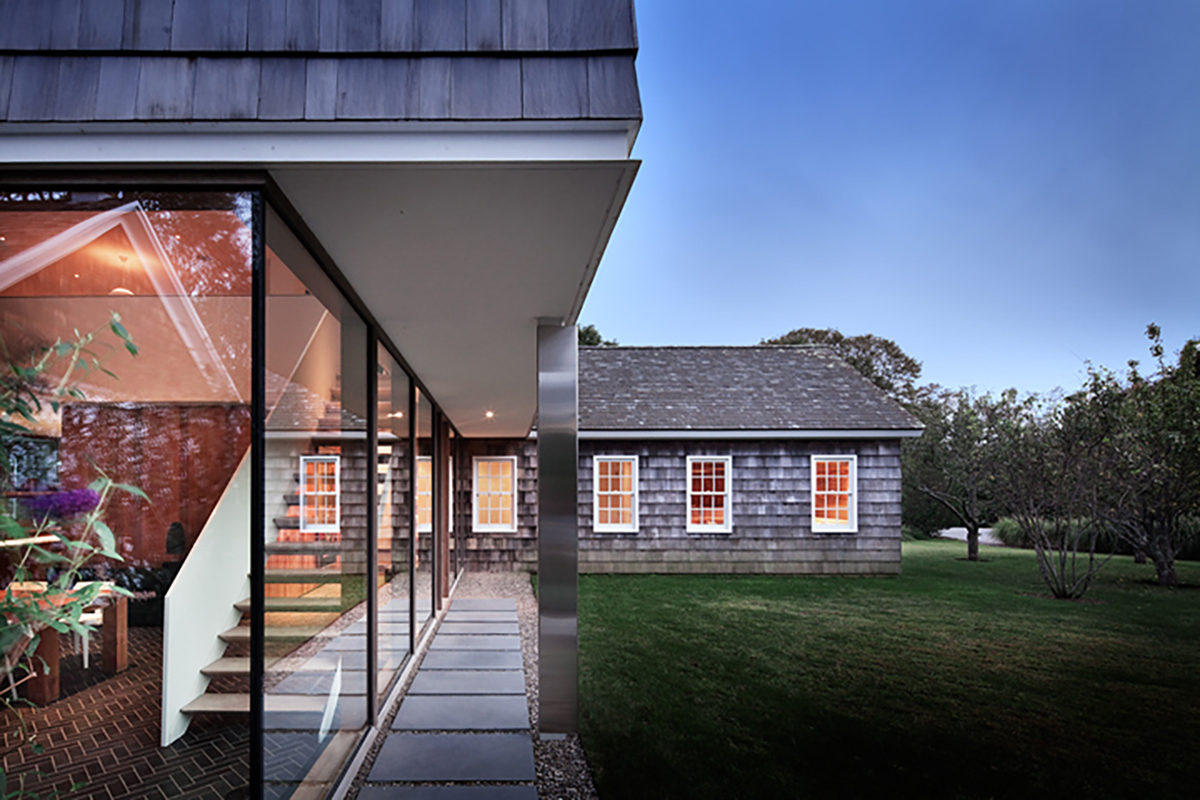 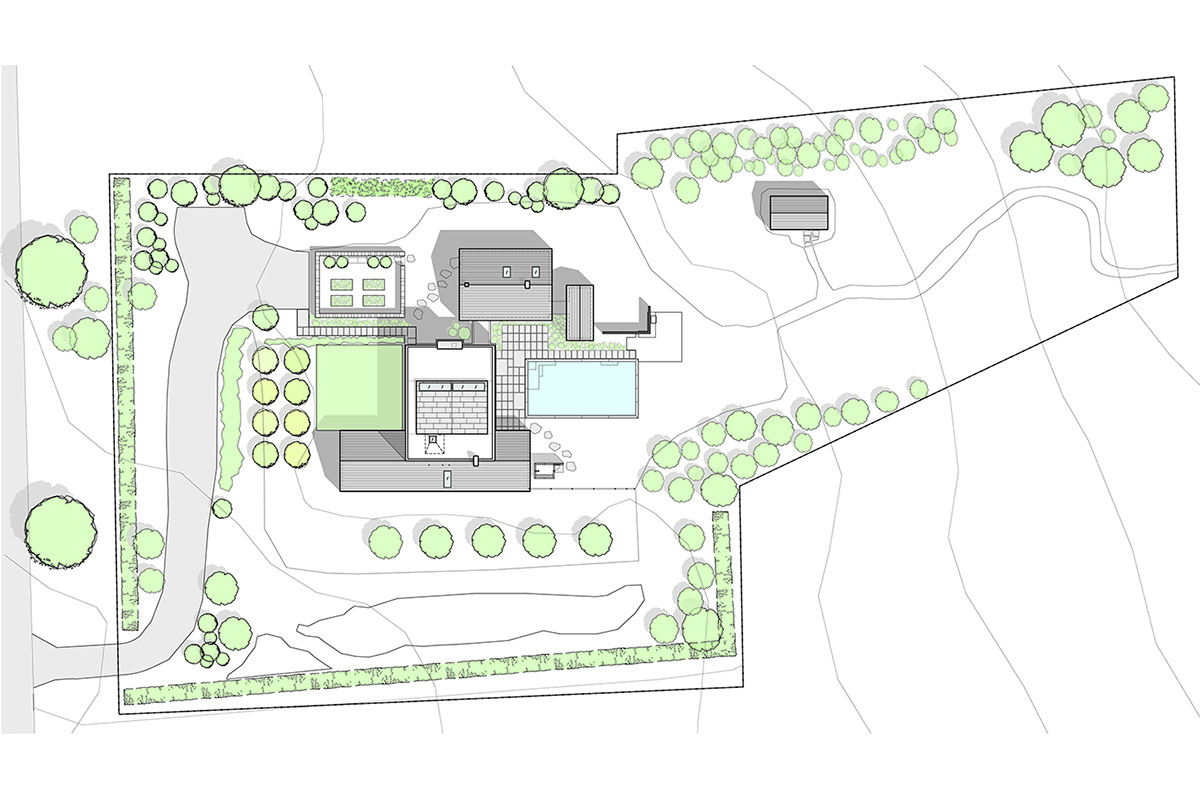 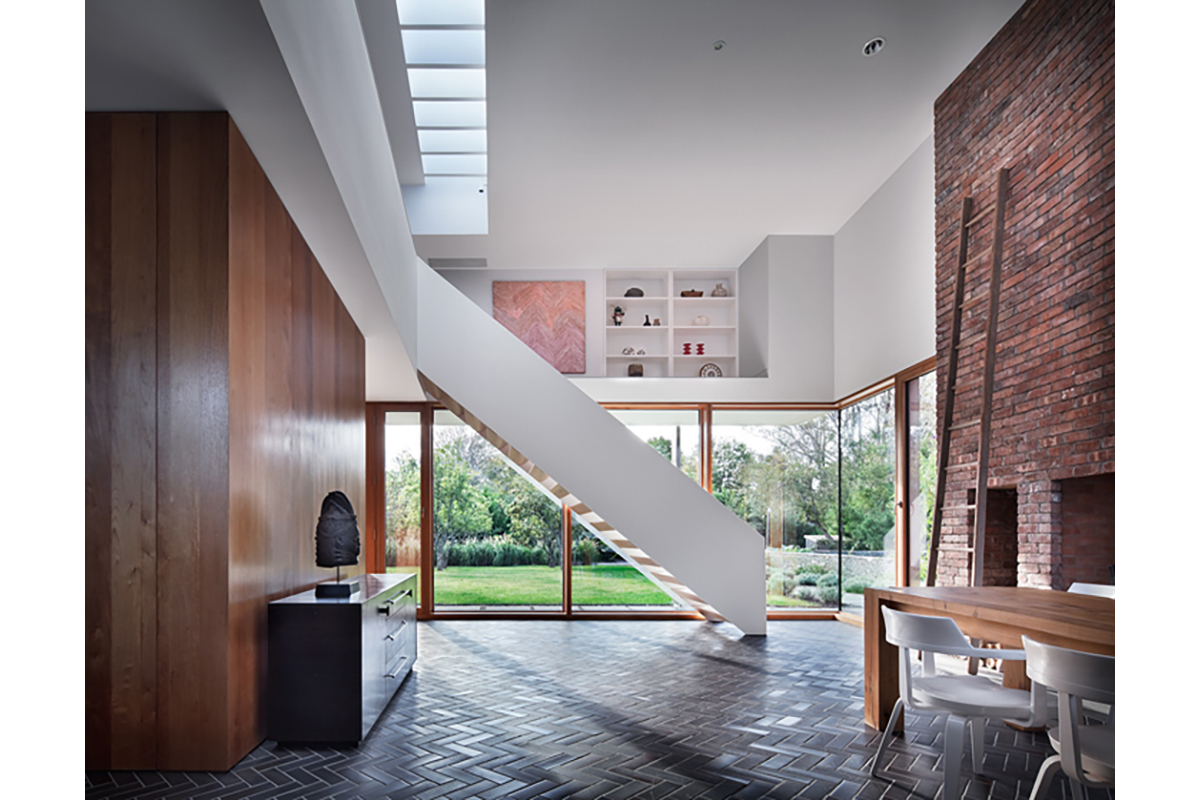 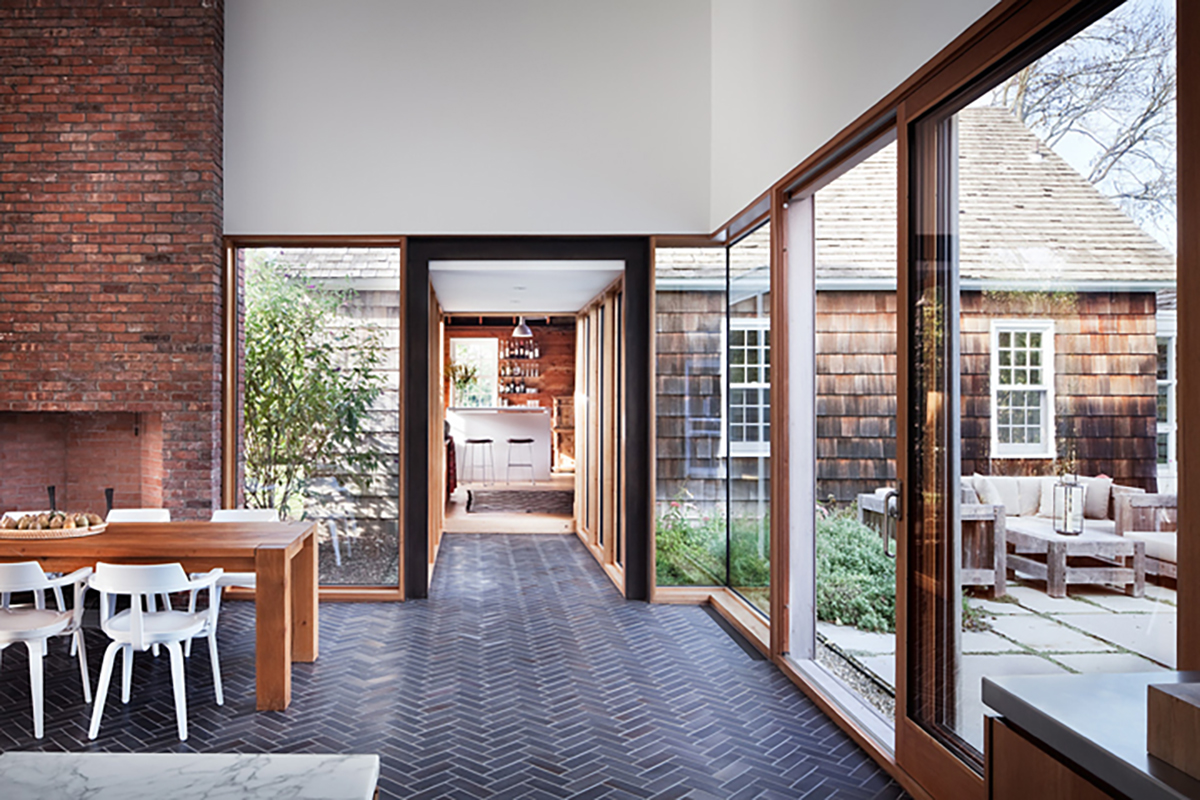 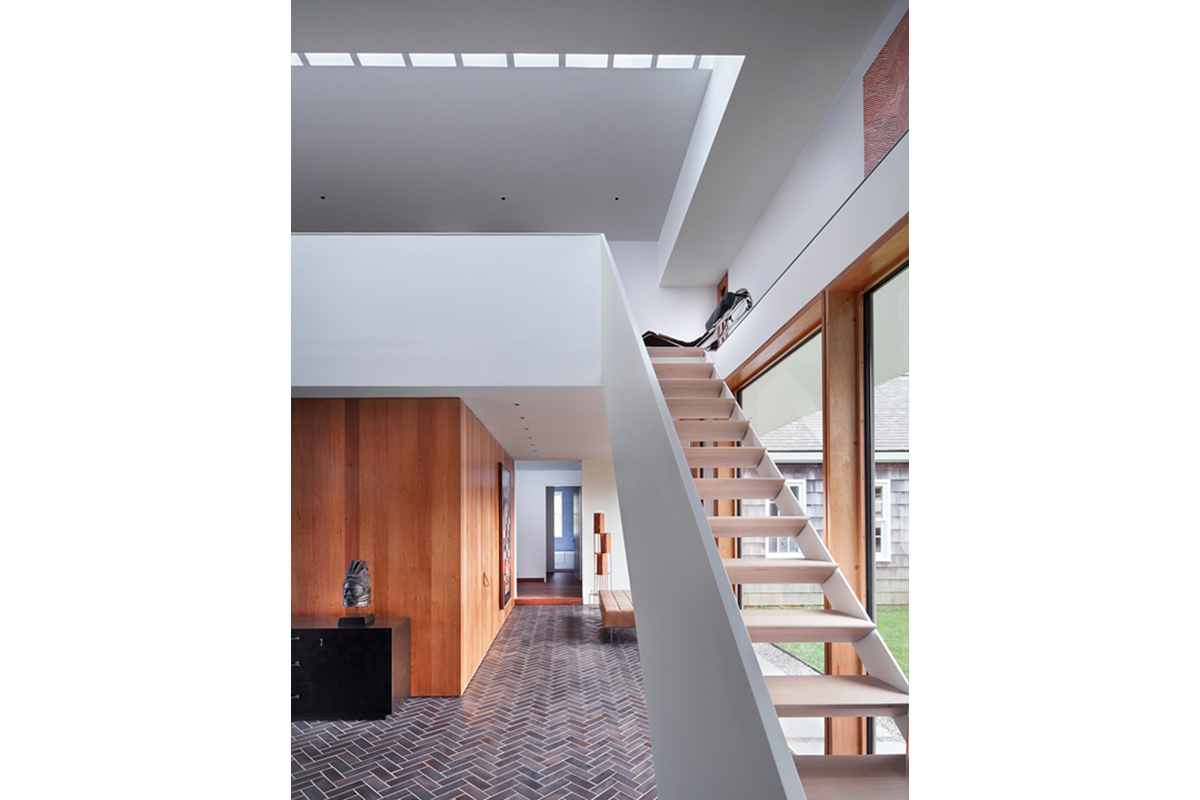 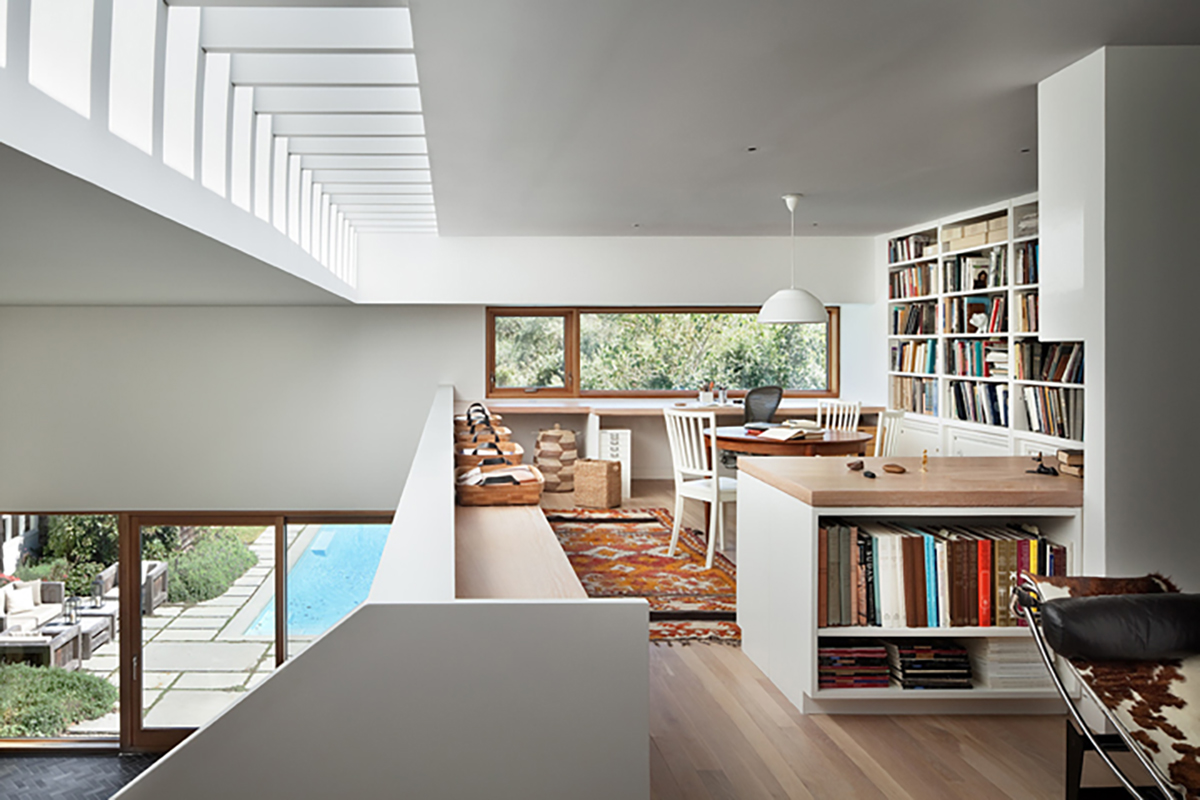 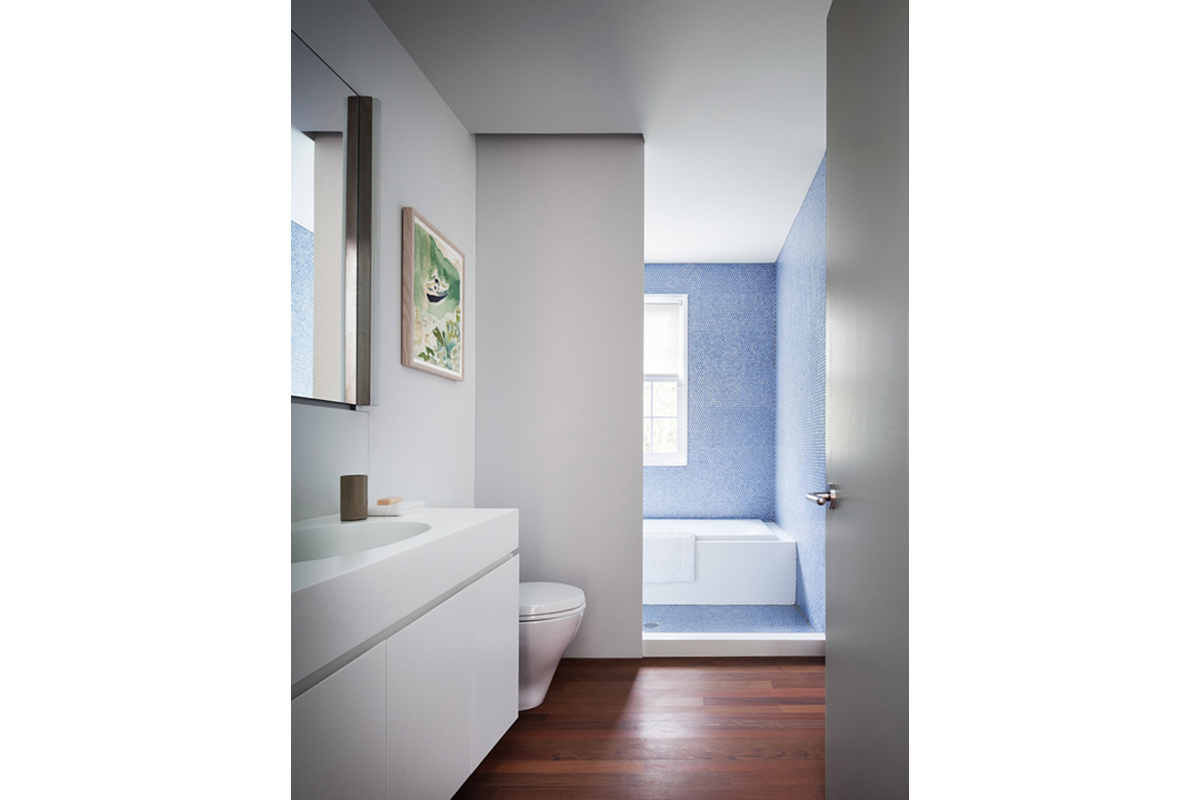 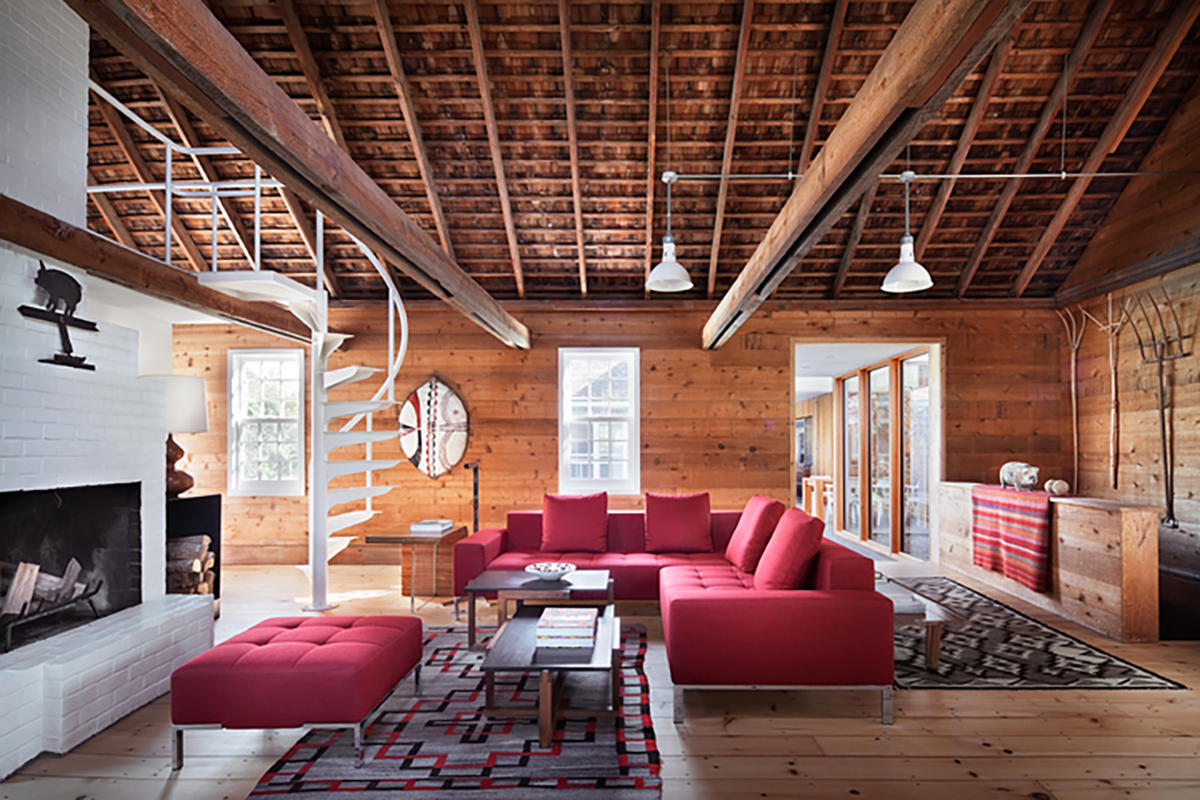 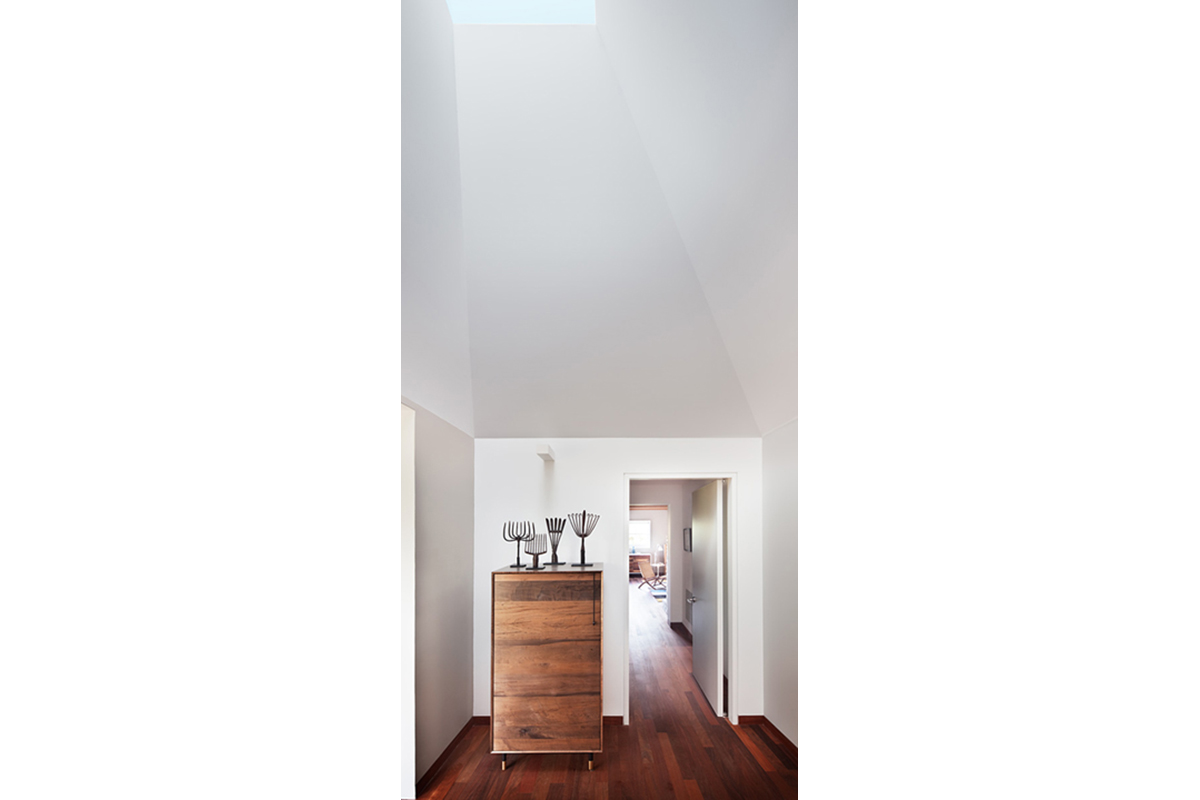 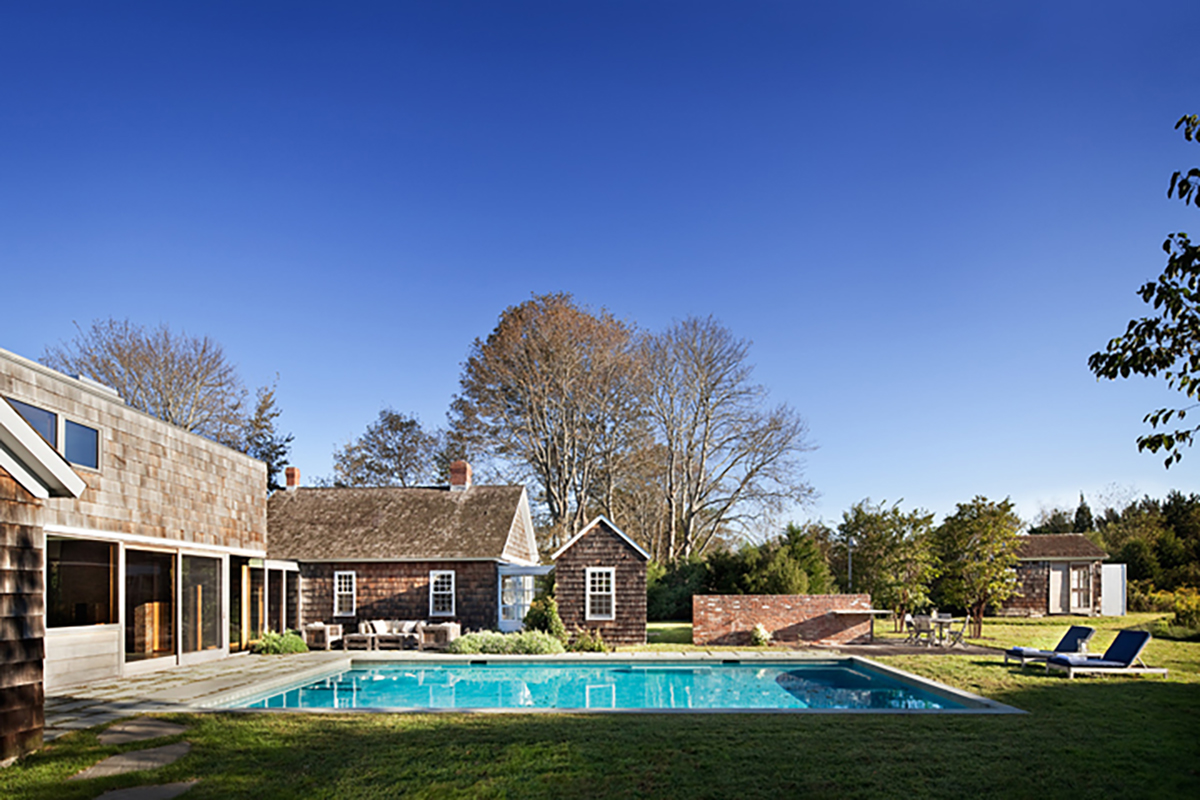 In the mid 1970s, the architect Tod Williams created a modest house for himself by connecting three small 19th century barns he had relocated to an undeveloped property in Sagaponack. The largest of the three served as the main living, dining, and kitchen area, and was the center of the pinwheel composition, with two smaller satellite structures serving as a bedroom suite and studio, respectively.

The house was sold in the mid-eighties, and the new owner added a pool, a long wing of bedrooms, and an addition that all but swallowed the small bedroom barn in an effort to create a new but rather clumsy entry.

Our work began when this owner sold the property to our clients, who wanted to regain the clarity of the original design, while adding their own layer of program.

Rather than strip away everything that had been added, the kitchen, dining, and main entry were reorganized into a new, double-height volume located where the small bedroom barn once stood. That barn was moved to a more remote site on the property, where it now serves as a small guest house. The new structure that replaced it becomes the shifted domestic and geometric center of the house, acting as a mediator between the two original barns and the subsequent bedroom wing.

The overall impression of the house is like that of a palimpsest, where generations of building are layered one over the other, both revealing and erasing, and creating a complex and intimate conversation between past and present.