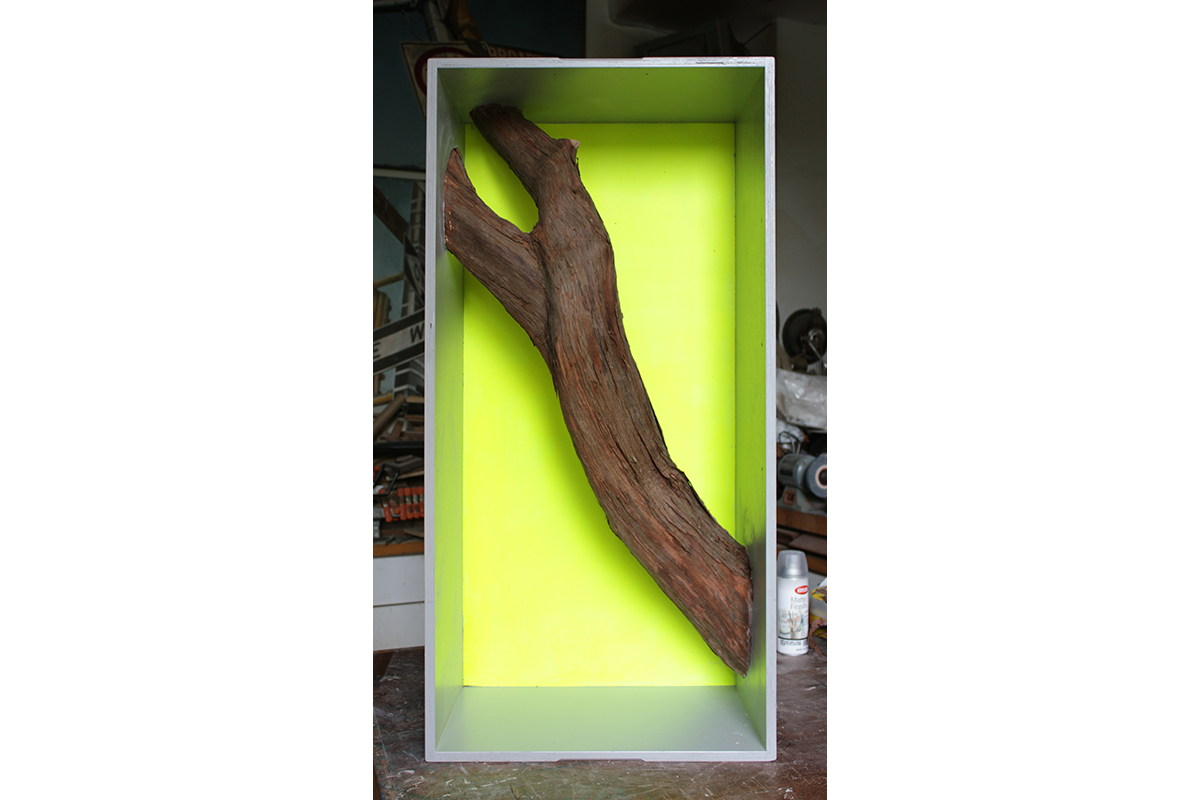 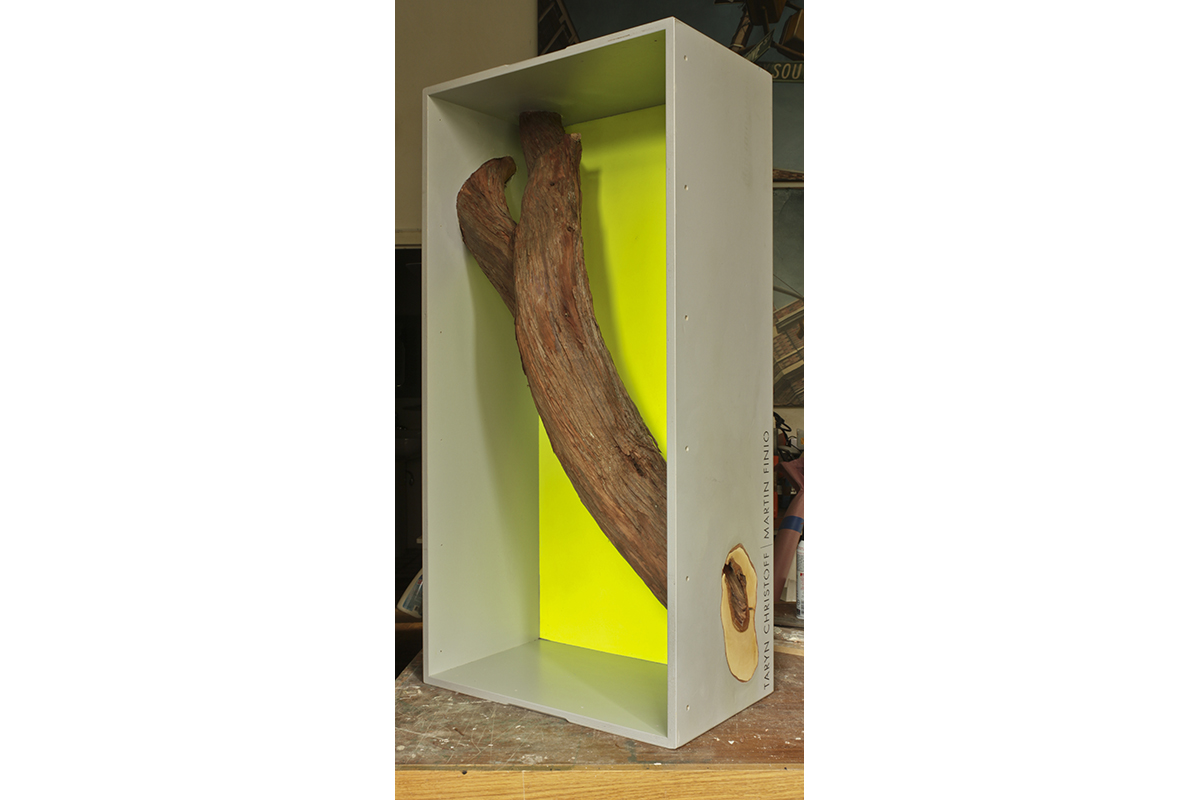 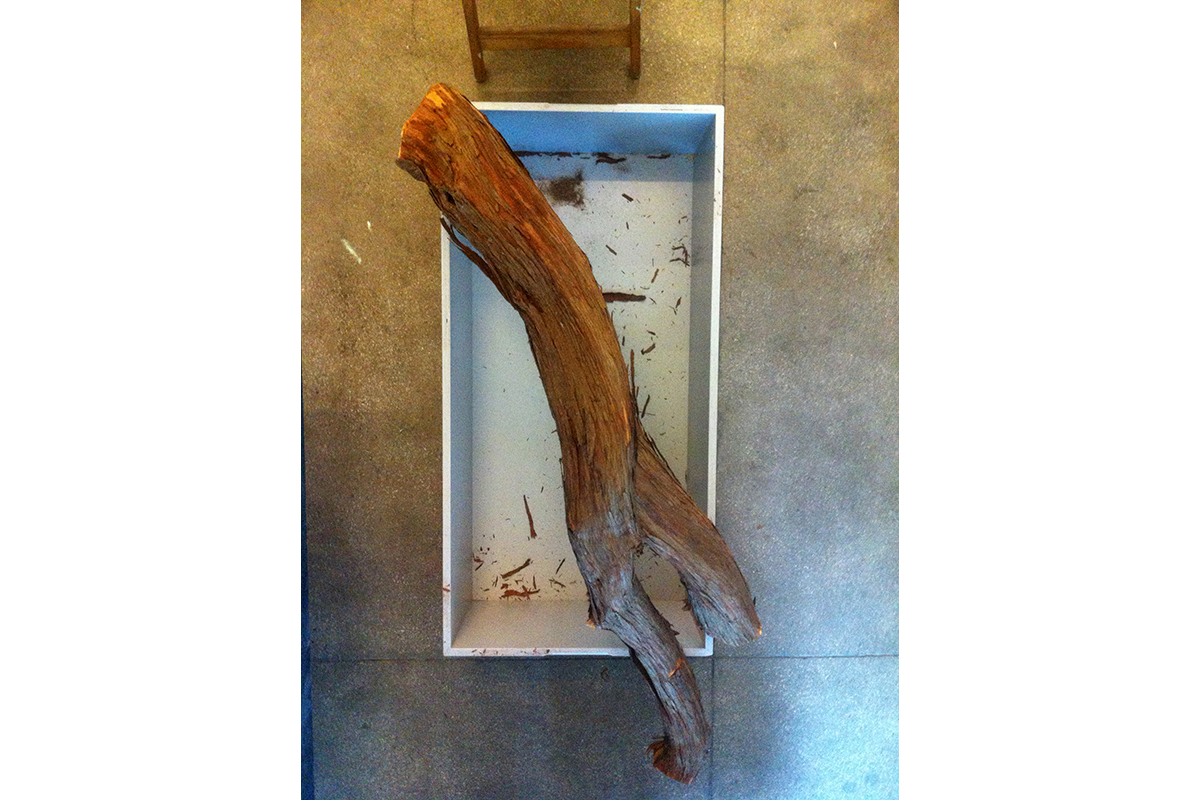 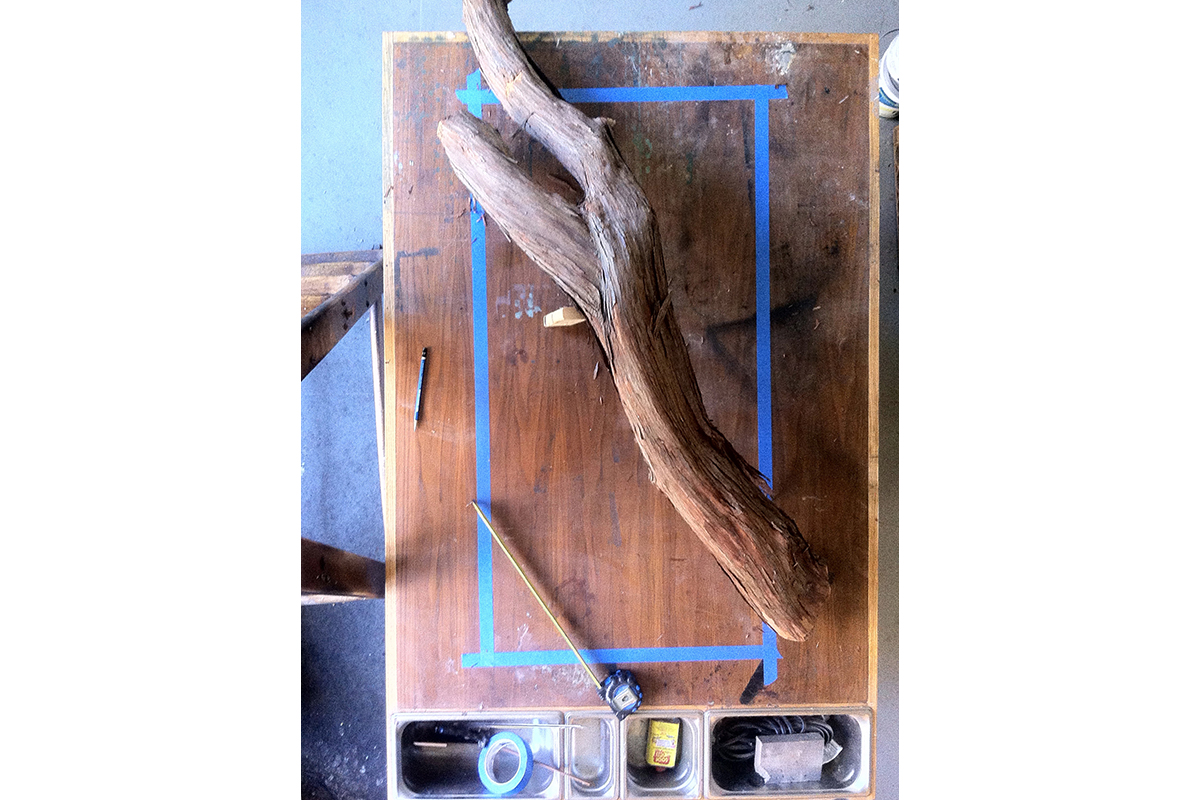 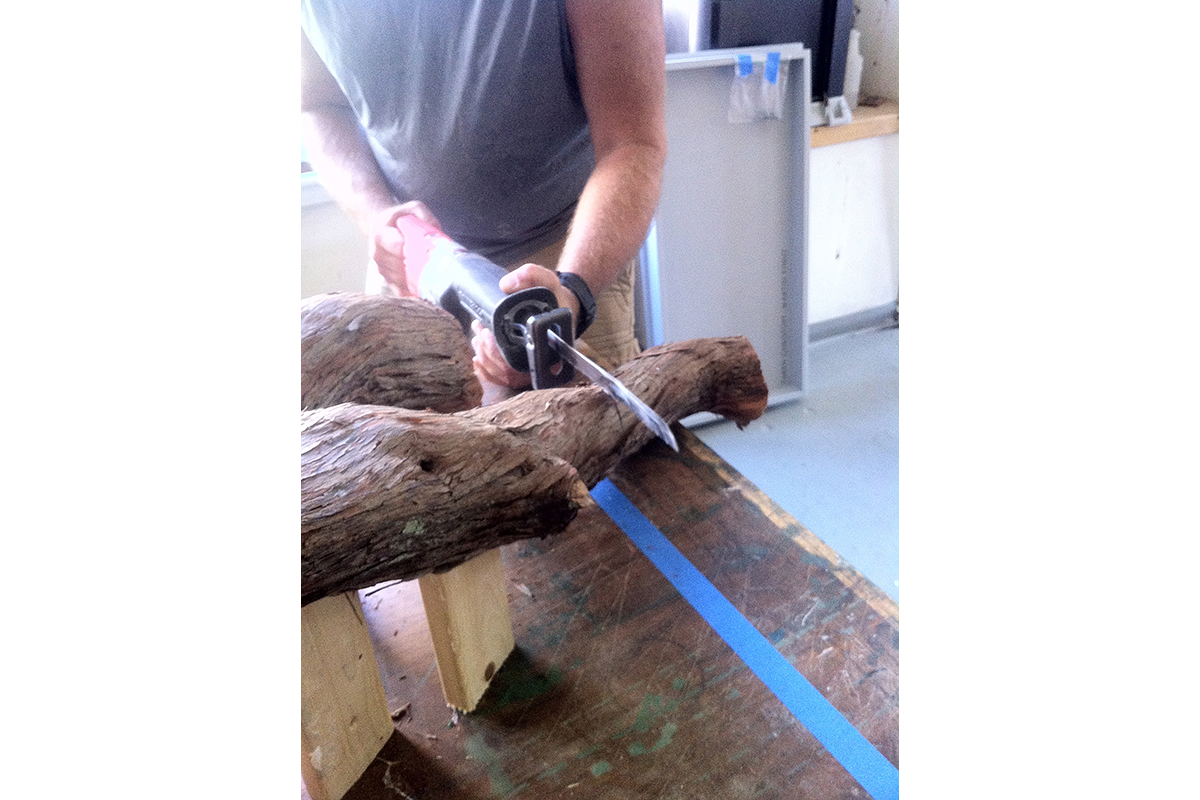 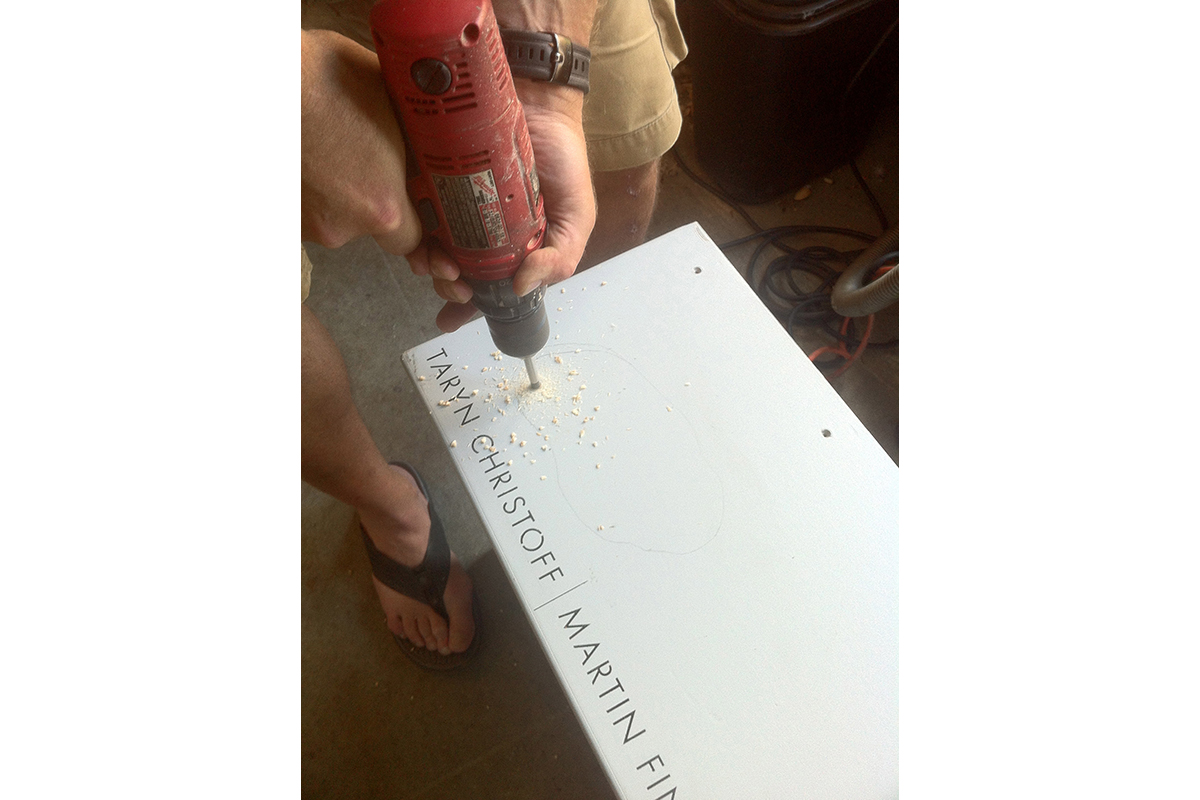 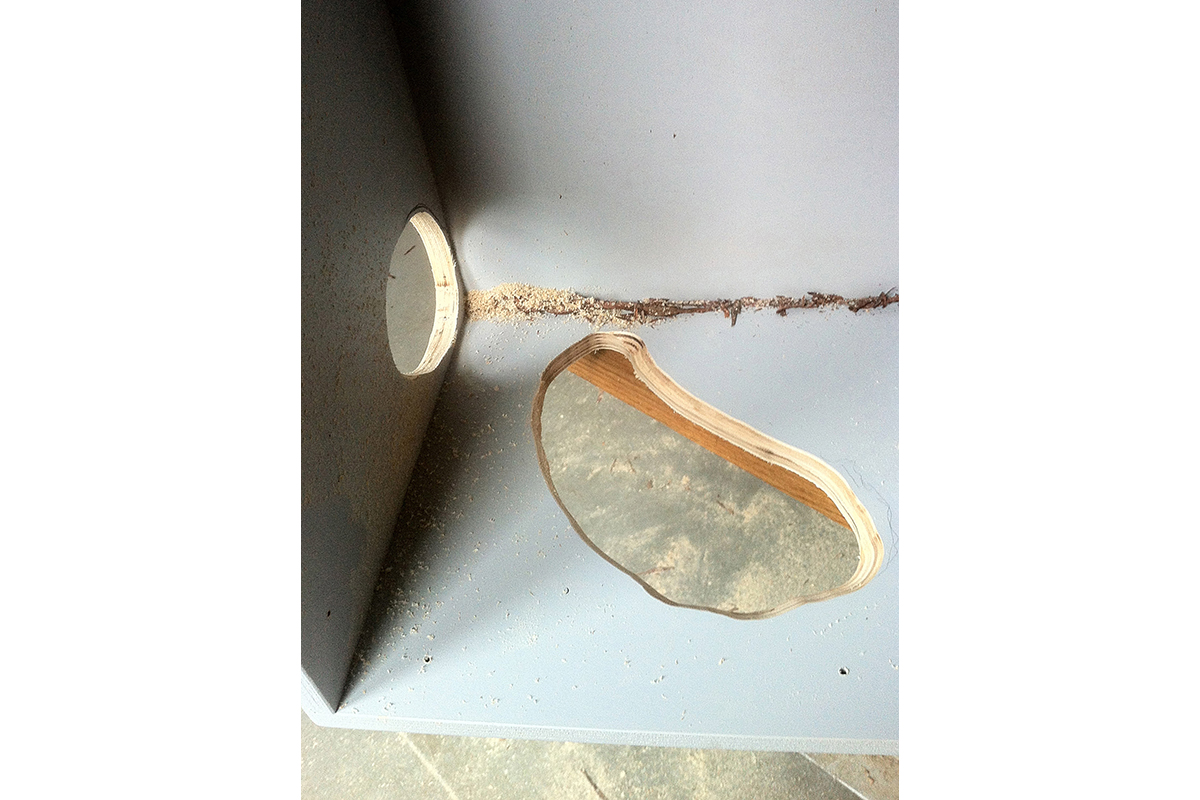 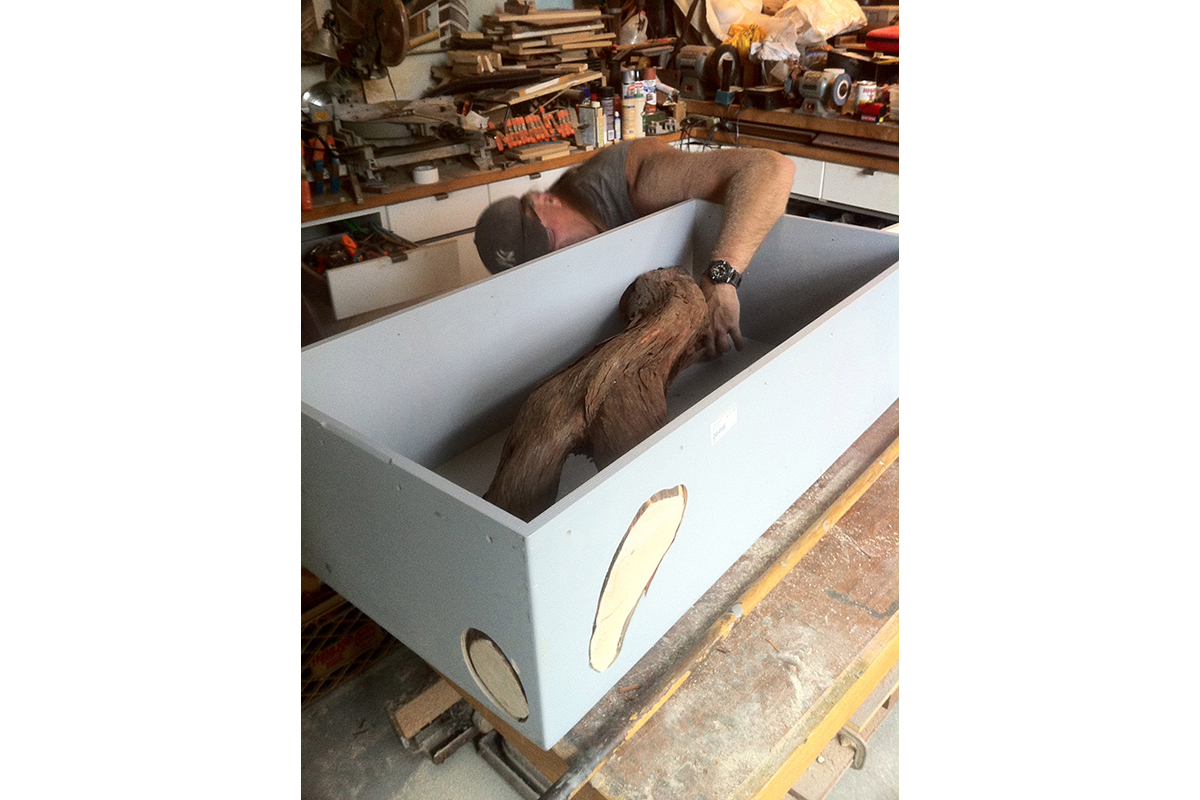 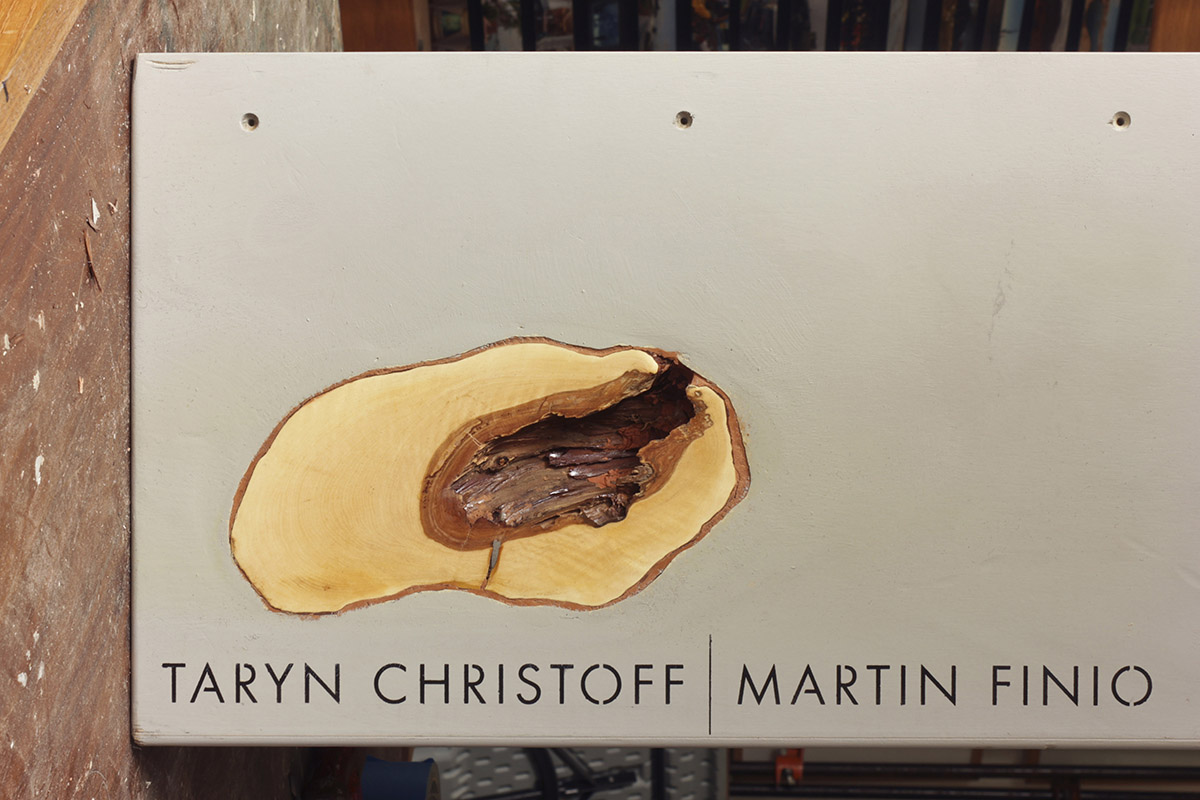 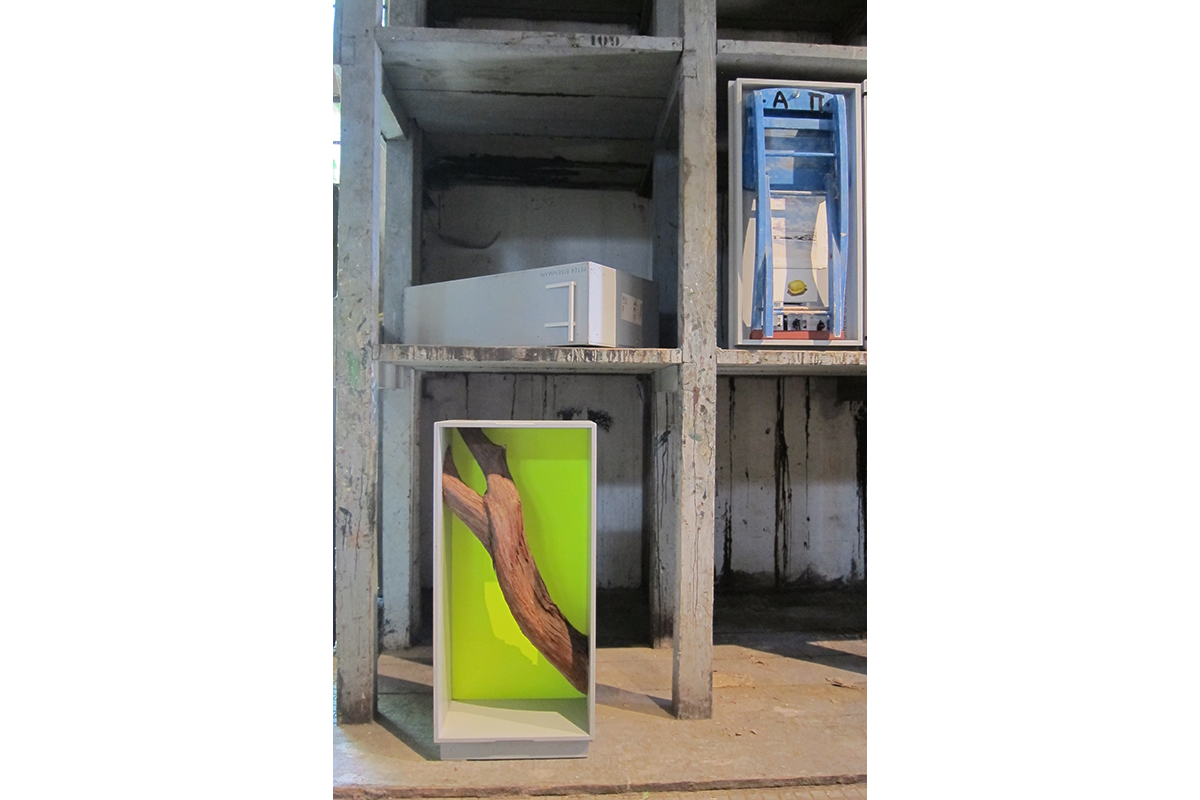 When faced with filling the void of an empty box with meaning, we realized that, as architects, we are editors before we are collectors. We do not overly fetishize objects, nor do we own many things.

What moves us more are the operations and processes that create objects, rather than the objects themselves. We were much more interested in performing something on the box than we were in putting something in the box. Or at least one of us was. The other felt very strongly that something organic, natural and raw go in the box, something that would play off its measured and manufactured precision. A tree limb made perfect sense, as it represents the material origins of the box, has its own structural logic and pattern of growth, and is the perfect sinuous foil to the box’s calibrated frame.

To satisfy the other’s interest (that is, the one looking to undermine the “boxness” of the box), the limb and box were made to be inextricably linked. The box doesn’t so much contain the limb as the box and limb engage one another. The organic and the artificial are seamlessly intertwined, which is how we see our work. Our thought process for this piece reflects the productively conflicting and ultimately synchronizing way that we work together.