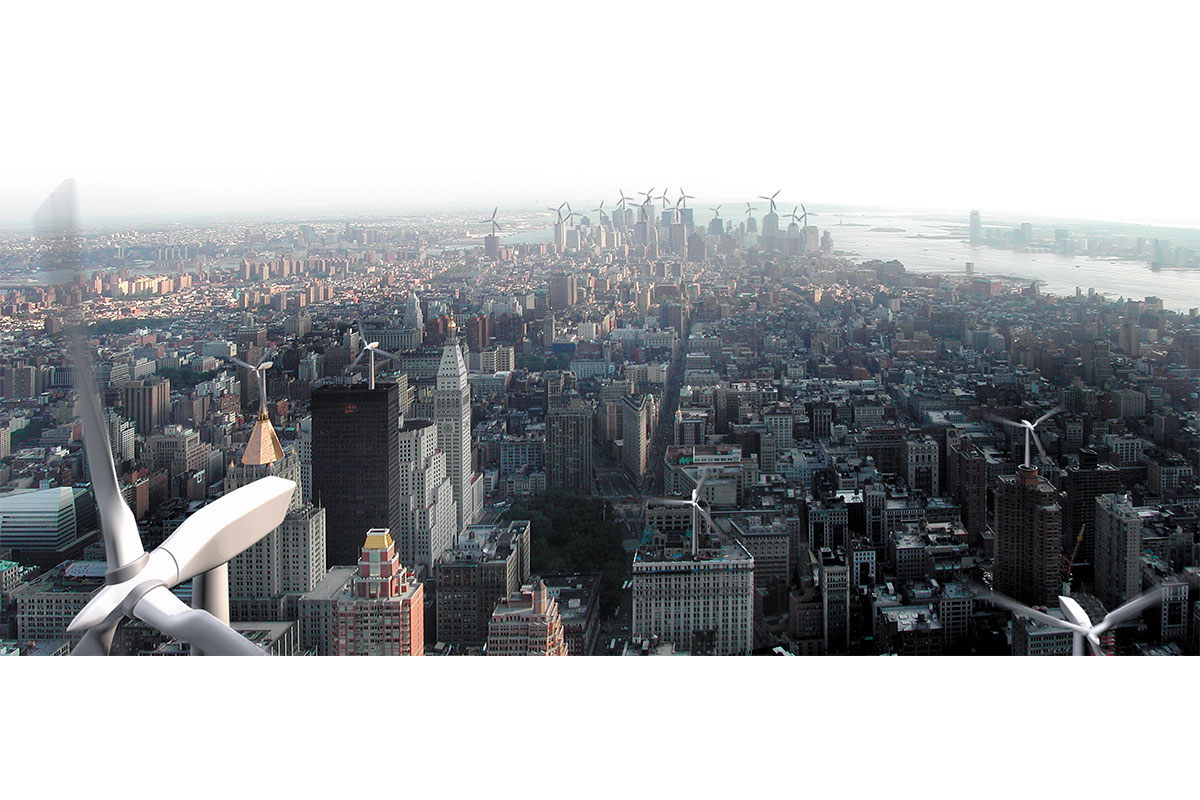 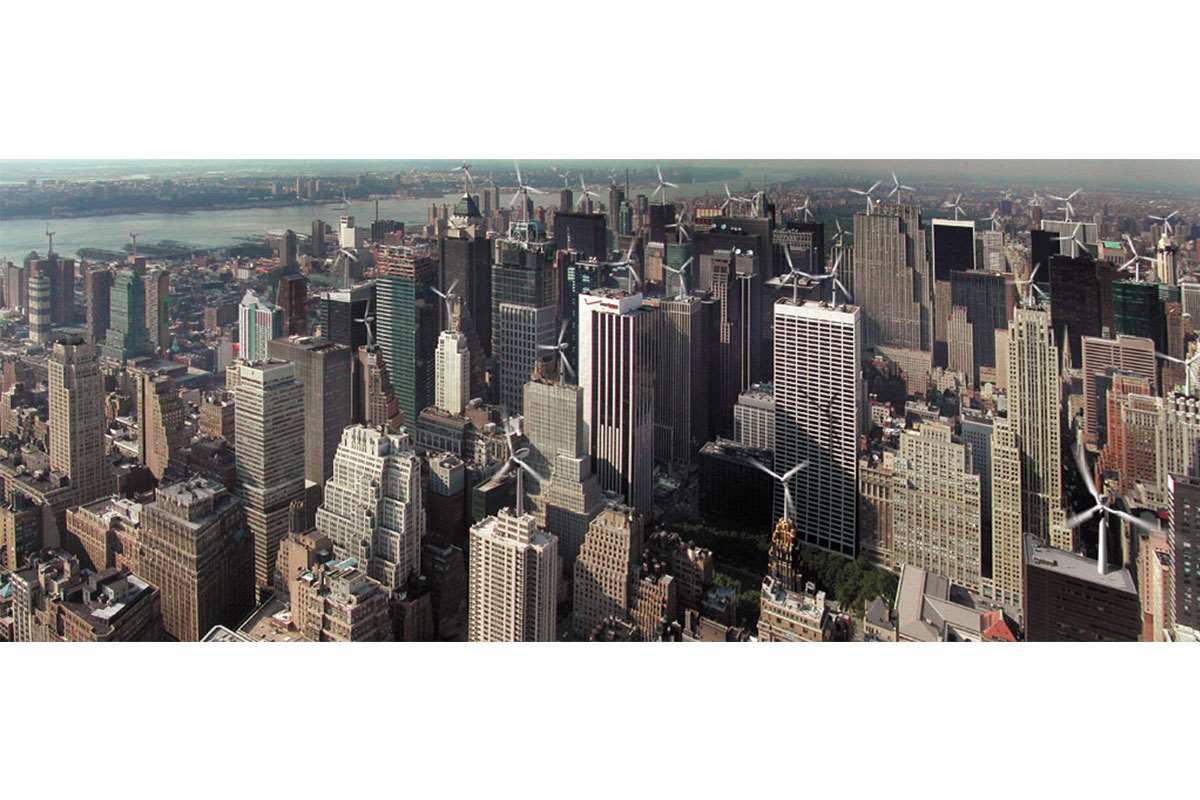 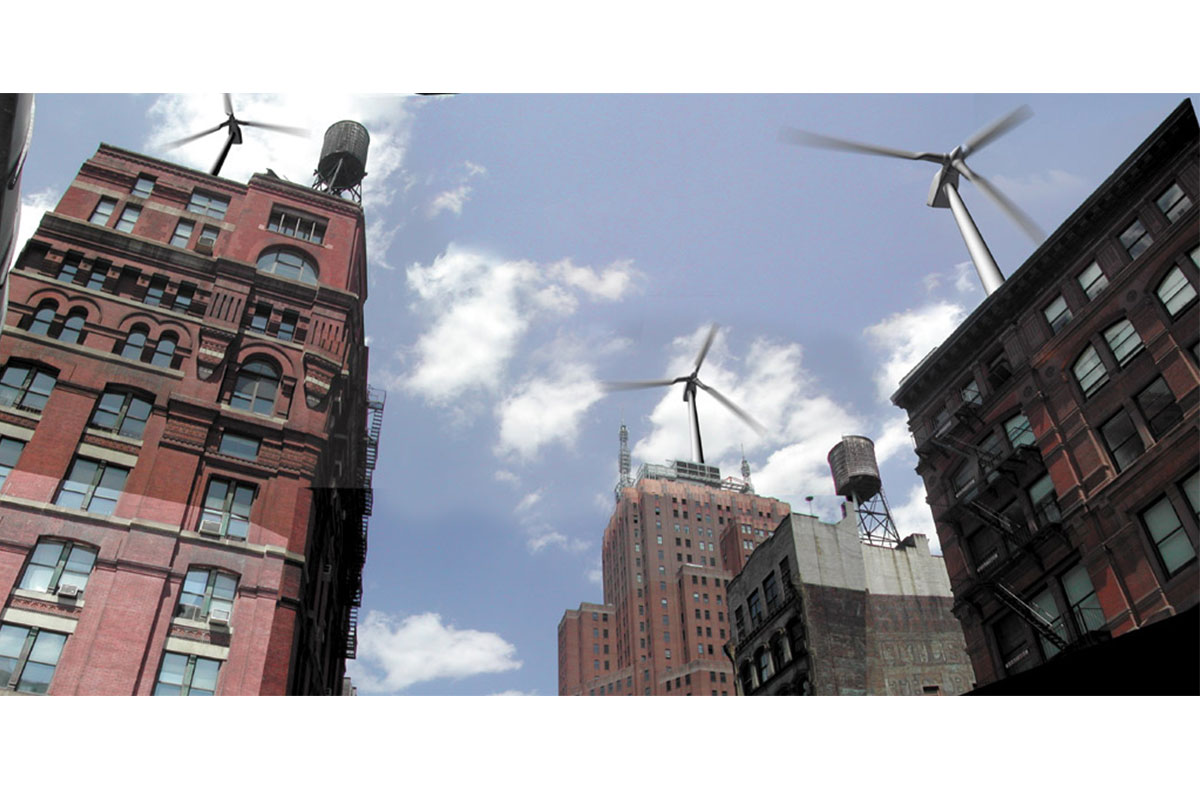 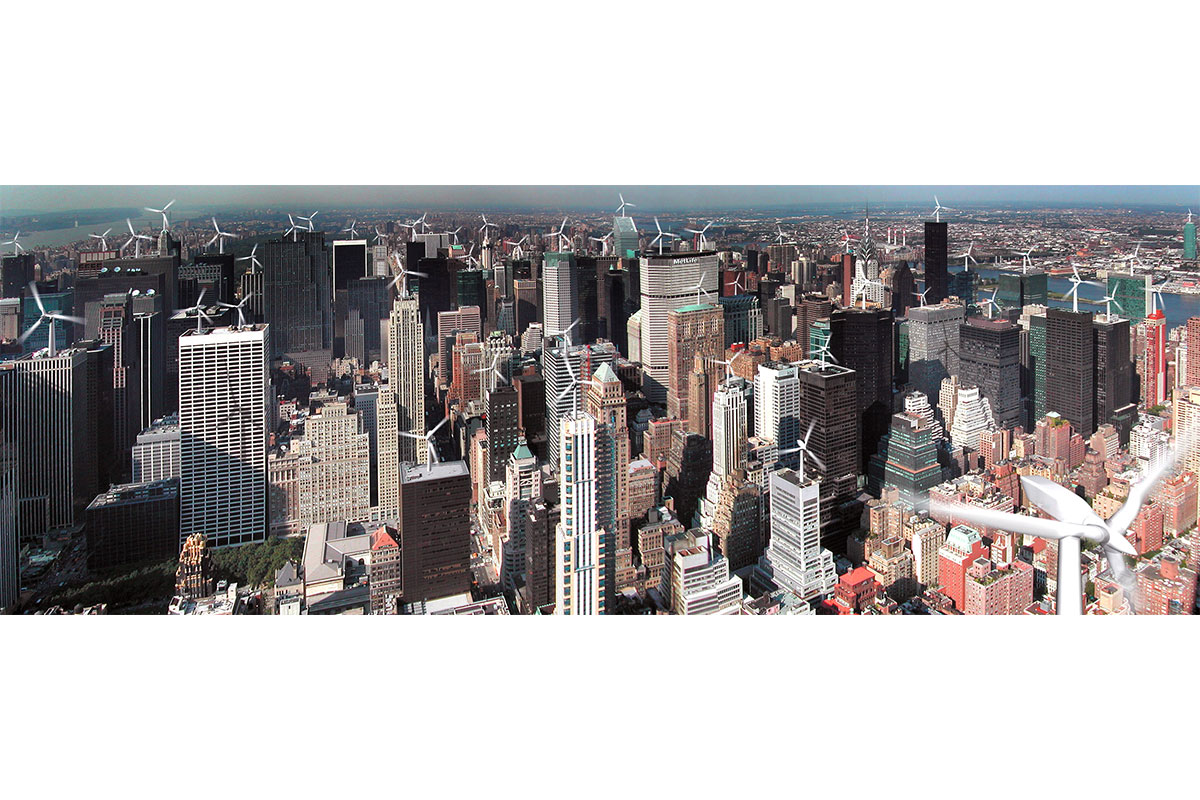 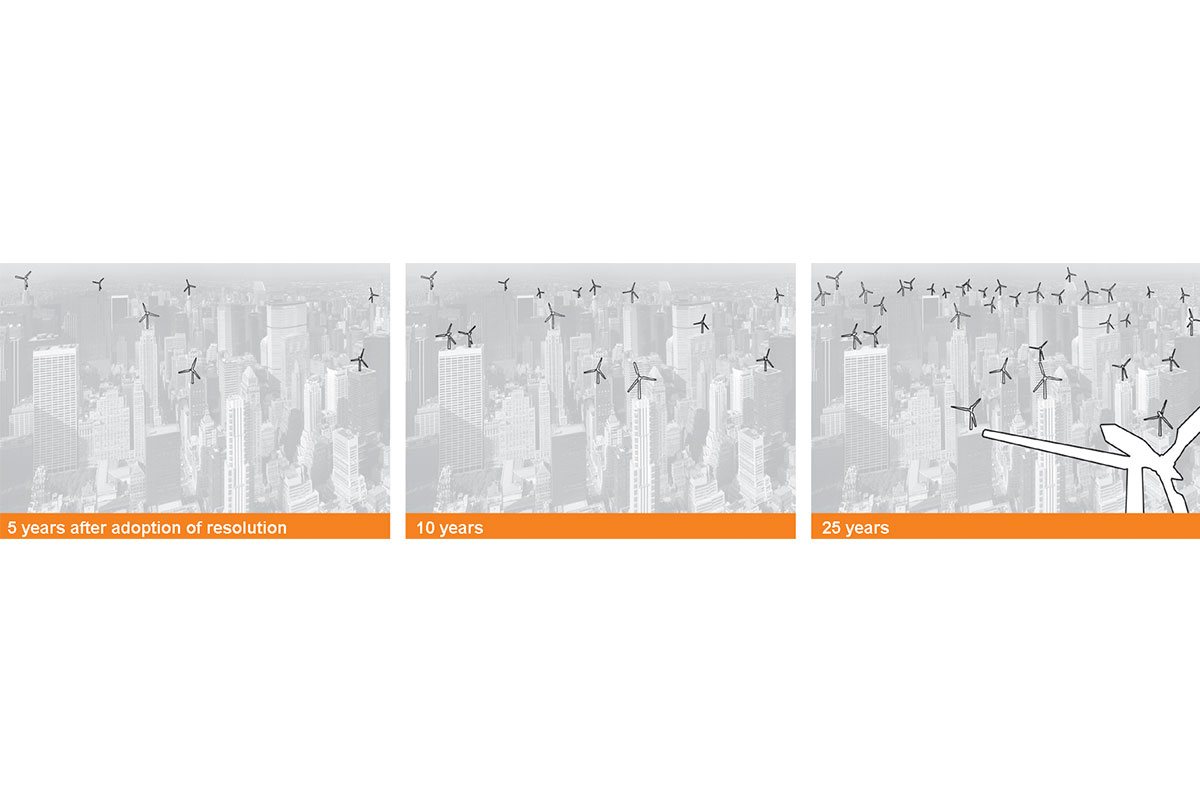 The foundation of this proposal is a new layer of urban infrastructure that would reinvent the New York City skyline: a “farm” of wind turbines that would gradually spread across the rooftops of the city, standing in as the silent witnesses to our loss and as symbols of our divestment from a dependence on oil. The turbines’ rotating arms would shape a public space of memory far beyond the confines of the World Trade Center site, generating physical and emotional energy from the same wind that keeps planes aloft, carries clouds of debris, fuels fires, and sustains life.

We propose that the New York City Zoning Resolution be amended to require all residential and commercial buildings over a certain gross area to generate a percentage of their own electrical consumption using rooftop wind turbines that harness the power of prevailing winds. The percentage would be determined as a factor of the building’s size and use, and these requirements would be phased in over the course of several years.